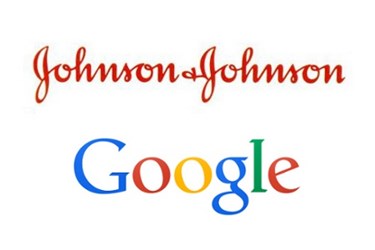 Johnson and Johnson (J&J) recently announced an agreement between its Ethicon subsidiary and Google’s life sciences division to build surgical robots. The move comes as medtech companies look for nontraditional partners to take advantage of growth in the robotic surgery market. Terms of the deal — which is expected to close during the second quarter — were not disclosed.

The two companies will co-develop an innovative robotic surgical platform consisting of new robotic tools and capabilities for surgeons that combine best-in-class medical device technology with leading-edge robotic systems, imaging, and data analytics, according to a J&J news release.

“For more than 60 years, Ethicon has developed products and technologies that have transformed the way surgery is done,” Gary Pruden, worldwide chairman, Global Surgery Group, Johnson & Johnson, said in the release. “This collaboration with Google is another important step in our commitment to advancing surgical care, and together, we aim to put the best science, technology and surgical know-how in the hands of medical teams around the world.”

According to a report from Bloomberg, J&J wants to build upon an early prototype of its new robotic surgical system. With Google’s help, J&J plans to build new robotic surgery products that are more cost-effective than  existing products in the market.

“We knew that we needed a partner with a different skill set,” Pruden said in a telephone interview, according to the Bloomberg report. “We’re early in the partnership with Google life sciences. I would certainly say we have a multigenerational plan for the development for a fully capable product to bring to the market.”

Google will provide software and sensor technology, while Ethicon will take care of the rest of the product development.

“We think we can use some of our machine vision and image analysis software to help surgeons see better as they operate (e.g. to highlight blood vessels) or make it easier for them to see information that’s relevant to the surgery at just the right time,” a Google spokeswoman reportedly told the San Jose Mercury News.

Google has been aggressive in its foray into healthcare technology. The life sciences division at its experimental Google X division has already developed groundbreaking projects such as its glucose-sensing "smart lens" technology and cancer-detecting wearables, among others.

The partnership between J&J and Google could potentially challenge robotic surgery market players such as Intuitive Surgical. The maker of the da Vinci Surgical System welcomed the new pact.

“This announcement is just the latest confirmation that computer-assisted surgery continues to grow to the point that others can no longer sit on the sidelines,” a spokeswoman for Intuitive Surgical said in an emailed statement, according the San Jose Mercury News. “Computer-assisted surgery will continue to flourish around the globe and competitors have been expected.”