A Cure For A Broken Heart 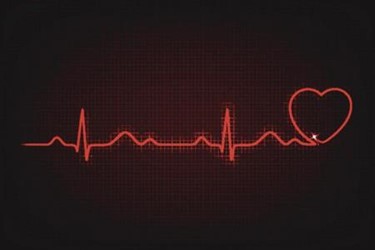 Fifty-three percent of women surveyed indicated they would end their relationship if they didn’t get something for Valentine’s Day, according to research conducted by Statistic Brain. Since I am a romantic at heart and a big believer in prevention, I feel it is my civic duty to let as many men as possible know about this statistic.

Okay guys, you have a couple of weeks to get this taken care of before Valentine’s Day arrives. There is an added degree of difficulty this year as the Winter Olympics will be in full swing by mid-February. Don’t be that guy sitting on the couch the evening of Feb. 13, watching hockey or speed skating and thinking, “I feel like I’m forgetting something.” The next day, 53 percent of those guys will be wondering, “Where did she go?”

Beware the ides of February!

That said, remembering to give your significant other something special for Valentine’s Day may figuratively prevent a broken heart, but living a healthier lifestyle can literally prevent a broken heart. February is American Heart Month. Approximately 610,000 people die of heart disease in the United States each year – that’s one out of every four deaths, according to the Centers for Disease Control. While prevention is important, it obviously isn’t enough.

We have had the ability to perform heart transplantation for some time now, beginning with the trail-blazing work of Dr. Christiaan Barnard in 1967. But even after 50 years of progress, waiting lists for donor organs are long, and the risk of organ rejection post-transplant is high. What if there was another way?

I talked with Steven Morris, founding partner, CEO, president, and board member of BIOLIFE4D. His company is leveraging advances in life sciences and tissue engineering to 3D bioprint a viable human heart suitable for transplant. Here is the company’s explanation of the process:

A MRI scan would be performed and a blood sample collected from the patient. Because every cell in a human body has the same number of genes and the same DNA, every cell has the potential to be converted to essentially any other cell.

In the second step of the process, the blood cells from the sample would be converted to unspecialized adult induced pluripotent stem cells (iPS) – cells that can ultimately be changed back into almost any type of specialized cell in the human body. Through a process called differentiation, iPS cells would be converted into cardiomyocytes (heart cells). These cells would then be combined with nutrients and other necessary factors in a liquid environment (hydrogel) to keep the cells alive and viable throughout the process. This bio-ink of living cells would be sustained in this aqueous 3D environment then be loaded into a bioprinter, a highly specialized 3D printer designed to protect the viable living cells during the printing process.

An appropriately sized heart would then be printed one layer at a time, guided by computer software following the specific dimensions obtained from the MRI. Since the heart cells would not be fused together at this point, biocompatible and biodegradable scaffolding would be included with each layer to support the cells and hold them in place. When the process is complete, the heart would be moved to a bioreactor which would mimic the nutrient and oxygen-rich conditions inside a human body. The individual cells would begin self-organizing and fusing into networks which would connect to form living tissue. The cells would even begin to beat in unison.

Once the process is far enough along, the scaffolding would be dissolved, leaving only the fully formed heart, which will remain in the bioreactor until it reaches a desired level of strength and maturity. A patient transplant would then be carried out by a surgeon. Given the original MRI and blood sample, the new heart should be both a precise fit and a perfect genetic match for the patient.

BIOLIFE4D also has a bioprinting video available for a visual depiction of the process.

Morris further explained that, “By using the patient’s own cells, they won’t need immunosuppressant therapy because they won’t reject the organ. They don’t have to wait for the call that a donor organ is available that will be viable for them, a close enough genetic match such that their doctors are willing to try it. We’re providing hope for all of those people.”

I noticed in reviewing the BIOLIFE4D website that one of the potential benefits is the ability to minimize need for organ donors. I asked Morris why they used the word ‘minimize,’ rather than eliminate.

“If someone has a heart attack and they need a transplant tomorrow, there’s not going to be enough time for them to go through the process,” Morris said. “We have plans to get people involved who are in early-stage heart failure rather than the latter stages. Right now, a heart transplant is only performed for people with very late stage heart failure. We are planning to reach out to people in early-stage heart failure, people who have had a first heart attack. We can have them give us a blood sample. We can go through a large portion of the process then cryogenically store their cells. So then, if they need a heart, we can just go through the final part of the process and they can get a heart much quicker.”

Understanding the focus on value-based outcomes in healthcare, I asked Morris about the cost of something like this.

“While we don’t know the exact numbers yet, we know it is going to be significantly less expensive than the current option. Insurance companies are paying about a half a million dollars per patient for a heart transplant. What we are talking about doing will provide a significantly lower-cost solution. We’re using the patient’s own cells — a matter of hours on a bioprinter, and time in a bio-reactor — but we’re talking about a fraction of what it currently costs,” Morris said. “Cost is very important to us because, when we say that this is a viable solution, we don’t just mean that it works, we mean viable such that everyone can afford it.”

We all understand that companies require cash to develop new technology, and BIOLIFE4D is no exception. They raised some private funding to get them to this point, but what is next?

“There are millions of people in the U.S., and many millions in the world, who can benefit from this technology. That’s why our next round of fund-raising will be equity crowdfunding. This is really a project and a company for the people and by the people; it’s driving for a social cause. Our goal, although we know there is a significant financial upside, is to save millions of human lives,” Morris said. “By perfecting this technology, we’re confident that is what we’ll be able to do. That being said, too often these types of investment opportunities are not available to the general public. Many people are not accredited investors. We wanted to make this opportunity available to everybody.”

BIOLIFE4D’s progress will continue with the support of new investors. It will be interesting to see how people respond to this opportunity to own a part of this advanced technology venture. BIOLIFE4D’s equity crowdfunding is scheduled to go live on Feb. 1, 2018. I’ll be watching, how about you?