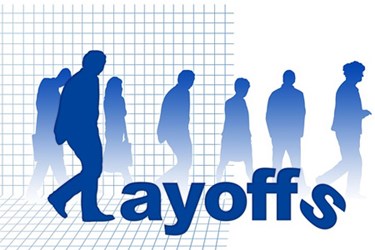 Abbott Vascular is laying off 100 employees at its Temecula, California plant. The job cuts are the latest in a series of layoffs that started in 2012 when its parent company Abbott Laboratories announced a major restructuring plan.

“We’re making adjustments to our workforce to increase efficiencies and remain competitive in a challenging global environment,” company spokesman Steve Kelly said in a statement, according to a report by The Press-Enterprise. The cuts – the latest since Abbott laid off some 200 workers at the same plant in July last year – will bring down the total workforce count at the facility to about 1,700 from a peak of some 4,000 employees in 2012. The Temecula plant, which manufactures heart stents and the Absorb line of scaffolds used for treating coronary artery disease, was acquired by Abbott when it bought Guidant Corporation in 2006.

The layoffs in California are part of Abbott’s long-term restructuring strategy. As announced in January 2012, Abbott said that it was cutting 700 jobs in California, Chicago, and Puerto Rico, according to the Chicago Tribune. A year earlier, the company axed 1,900 jobs across multiple locations, including 1,000 in Illinois. The streamlining was prompted by healthcare reform in the United States and stricter regulations in Europe.

Other medical device companies have recently terminated jobs in order to cut costs. In July this year alone, at least four manufacturers announced job cuts. J&J’s DePuy unit laid off 400 workers as part of a reorganization plan, Medtronic cut 40 positions in Minnesota, St. Jude Medical laid off 270 employees in California, and Allergan said it would be cutting 1,500 jobs worldwide.

In the last two years, “medical device makers such as Medtronic, Boston Scientific, Stryker, Abbott Laboratories, Johnson & Johnson, and Smith & Nephew all announced layoffs,” David Hogberg wrote in a column in The Federalist. The recent layoffs, along with waning investment in the medical device sector, are perhaps the reasons why revenues from the medical device excise tax have fallen short of estimates, he said.

Per an IRS report cited in a previous Med Device Online article, tax payments collected through June 30, 2013 from manufacturers amounted to only $913 million — well short of the projected $1.2 billion target.