An Introduction to Polymeric Materials for Medical Devices 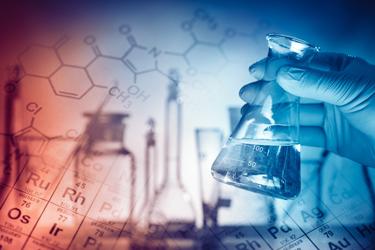 This short review serves as an introduction to the utility of polymeric materials employed in healthcare and medical devices (MD). Some terminology and nomenclature used to commonly describe polymers are discussed as well as a process for material selection. Polymer structure and chemistry as related to specific MD application requirements are introduced.

Polymers are macromolecules that range from biopolymers (produced from natural sources like proteins and cellulose) to synthetic commodity, engineering, and high-performance polymers used in medical devices in addition to household goods, automotive, and aerospace applications, to name a few. Polymers can be broadly classified as thermoplastics or thermosets, meaning they become malleable or hardened (set) with temperature, respectively. The focus here is on thermoplastics but includes an example of a thermoset. Polymers are predominantly made from monomers derived from the petrochemical industry, including ethylene, propylene, styrene, terephthalic acid, ethylene oxide, caprolactam, adipic acid, and hexamethylene diamine.

The only truly “sustainable” polymers are biopolymers or polymers produced from 100% sustainable monomers. Biodegradable polymers are designed to break down after use to prevent plastic pollution. Medical polymers are any polymers employed in MD or the healthcare space. Finally, bioresorbable polymers refer to polymers implanted in the body that can safely be absorbed, metabolized, and excreted with no adverse events experienced by the patient. Thermosets are, in general, not biodegradable or bioresorbable, and only some thermoplastics are.

The business success of polymers in medical devices starts with meeting requirements of customers:  patients, doctors, original equipment manufacturers (OEMs), and converters. A polymer-derived component will most often be integrated and assembled with other components, including electronic parts. The four polymer-related steps in medical device manufacturing starting at the customer (per Six Sigma methodology) include:

A company combining all four steps would be referred to as vertically integrated. Total vertical integration is rare but select contact lens companies are examples. In some cases (liability concerns can limit collaboration particularly on implants of greater than 30 days), a polymer raw material manufacturer will work with fabricators and the final OEM upfront and implement a Design for Six Sigma methodology to increase chances for success with maximum quality and productivity.

Some requirements for medical polymers include sterilizability, biocompatibility, processability, fluid compatibility, and an optimum balance of mechanical properties tailored for the given application. Three major types of sterilization are autoclave (steam, heat, and pressure), ethylene oxide, and gamma irradiation.1 The sterilization method is a major factor in polymer selection. Hydrolytic, solvent, and radiation resistance are required for the three methods, respectively.

It is rare that a new polymer structure will be developed in R&D as a multitude of chemical and polymer blend options are available. However, for implantable, bioresorbable, radiopaque applications, there is significant academic, government, and commercial support to look forward to new and unique chemistries.2–4

Medical polymers can be divided into three classes (though the boundaries between class can become “blurred”), going from lowest cost and performance to highest cost and performance: (1) commodity, (2) engineering, and (3) high-performance (traditionally high temperature) polymers.5 Though not within the scope of this article, a polymer’s final properties can be significantly affected by molecular weight (the length of the polymer chains) and processing conditions. For example, in injection molding, cycle times and injection pressure are affected by molecular weight and the degree of crystallinity and part anisotropy can vary with processing conditions that can affect solvent resistance (sterilizability) and part dimensional stability, respectively. 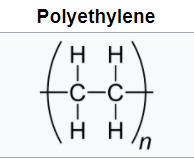 The flexible backbones and symmetry lead to high-crystalline, opaque materials with good solvent resistance and hydrophobicity. Low density polyethylene (LDPE) is produced via free radical polymerization. Metal coordination catalysts lead to high-density, higher-crystalline polyethylene (HDPE). The polymerization of (PP) can only be achieved via metal coordination catalysts. The choice of catalyst can lead to syndiotactic or isotactic PP both high crystalline materials with higher melting temperatures than PE.

Polyvinyl chloride (PVC) is economical, transparent, and exhibits a good balance of mechanical properties. Substituting the methyl group in PP with chlorine leads to PVC. For acceptable processing conditions, plasticizers are required. The leaching of these plasticizers must be fully understood and characterized for each application in MD.

Acrylonitrile butadiene styrene (ABS) polymers exhibit a great balance of mechanical properties and solvent resistance attributed to the balance of properties of the three monomers. ABS is positioned at the intersection of commodity and engineering polymers along with polyethylene terepthalate (PET).5

Step growth polymerization (also called condensation polymerization) is commercially dominated by polyesters, polyamides, and polycarbonate in the field of engineering thermoplastics. They are polymerized via stoichiometric ratios of diacids and diols, diacids and diamines, and bisphenol A (BPA) and phosgene, respectively. These polymers and their blends are used in hemodialysis membrane housings, MD equipment housings, transparent medical packaging, and more.

For polyesters, two commercially successful polymers are polyethylene terepthalate (PET) and polybutylene terepthalate (PBT). PET is used predominately in beverage containers but also as the skin-touching layers in recent point-of-care testing (POCT) wearable sensors and many other applications.7 PBT is more flexible as the result of having twice the carbons in its backbone, resulting in high crystallinity, good stiffness, and strength. The polyesters have higher glass transition and melting temperatures than PE and PP. The aromatic ring and polarity of the ester groups are steps to higher engineering performance.

With the polyamides, most notably nylon 6 and nylon 66, amide groups lead to strong interchain hydrogen bonding and hydrophilicity, concomitant with higher melting temperatures, high modulus, and tensile strength. This allows for improved stiffness and strength in MD housings, and higher use temperatures for internal device components near electronics. While hydrophilicity and water absorption are minimal, it can lead to dimensional changes and property loss in sterilization via autoclave.

For polycarbonate, there is a higher degree of aromaticity and lack of symmetry, leading to minimal crystallinity, transparency, high glass transition, and good dimensional stability. These properties lead to MD applications such as transparent reservoirs and housings (hemodialysis membranes), and they are also used in blood oxygenators and fluid administration applications (intravenous connectors, valves, controls, stopcocks, catheters, syringes).8 Modifications to PC lead to improved sterilization resistance, lipid resistance, and radiation sterilization resistance.9 PC is commonly seen as glass replacement in spectacles, compact discs, and as a critical part of polymer blends with PBT and ABS that are employed in MD equipment housings.

Silicones are another unique class of polymers as they exhibit maximum oxygen permeability, flexibility, electrical insulation, biocompatibility, and transparency. The dominant chemistry in silicones is based on polydimethyl siloxane (PDMS) with a plethora of comonomer options. Silicones are often polymerized via heat and photo-initiated free radical polymerization. Applications include contact lenses, medical tubing, breast implants, and pacifiers, to name a few.10,11 Silicones are thermosets most often processed via cast molding or liquid injection molding, which means the reaction takes place during the process.

High-performance polymers exhibit some combination of high modulus, melting points (greater than 250°C), and glass transition temperatures (greater than 120°C), biocompatibility, electrical insulation, and low-friction surfaces. High modulus and high-temperature resistance are exhibited by high-aromatic-content polyketones, polysulfones, polyarylates, polyamides, and liquid crystal polymers (LCP). Polyether ether ketones (PEEK) are growing rapidly in applications such as orthopedics and spinal implants, as well as pumps, pistons, seals, etc. in exterior devices.12 LCPs have recently been implemented as mesh within guide catheters. Applications made from thermotropic liquid crystal polymers, which can be processed by conventional injection molding and extrusion, are growing in healthcare13 and will be discussed in a future article.

Fluoropolymers are high-performance and have unique profiles. Polytetrafluoroethylene (PTFE), commonly known as Teflon, has best-in-class lubricity and low friction. PTFE produced via solid state paste extrusion14 is an internal liner in guide catheters, a unique development for easing the delivery of balloon catheters and stents in coronary angioplasty. Frank Tourville was presented with DuPont’s prestigious M.I. “Whitey” Bro Lifetime Achievement Award in fluoropolymers “for his contribution as a foundational pioneer to the fluoropolymer tubing market.” Thermoplastic fluoropolymers were developed for thermoplastic extrusion and injection molding such as polyvinylidene fluoride (PVDF) and fluorinated ethylene/propylene copolymers (FEP) that exhibit superior mechanical properties to PTFE.15

To obtain the highest mechanical properties and solvent resistance, a high percentage of aromatic groups are incorporated into polymers. PEEK melts above 300°C and exhibits a modulus greater than half a million psi. The incorporation of ether groups allows for backbone flexibility and a thermoplastic polymer.

The incorporation of amide groups and para substitution of the benzene (aromatic) rings leads to poly (paraphenylene terephthalamide), more commonly known as Kevlar fibers, possessing perhaps the highest modulus and strength of any synthetic polymer to date. However, Kevlar cannot be processed by conventional injection molding and extrusion. Fibers made from liquid crystal polymers are making inroads for a mesh layer used in guide catheters.

Selecting the Right Polymer Properties for Your Medical Device

The figure below demonstrates qualitatively the property trends in polymers versus structure such as the introduction of interchain hydrogen bonding and aromatic rings. This progression of higher mechanical and thermal resistance properties allows for metal replacement and high-temperature medical device housings, etc. 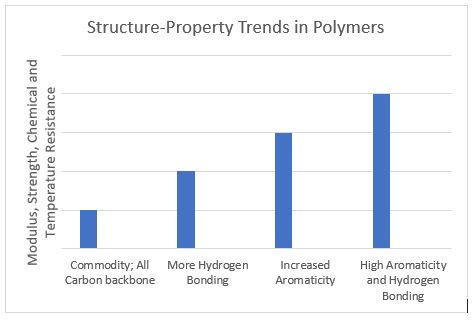 In conclusion, polymeric materials play a critical role in the function and efficacy of medical devices. Their specific chemistry combined with how the molecules are interconnected (via crosslinking and crystallization, for example) determine the polymer’s final properties. Many polymers can be functional for the same MD component. The onus is upon resin manufacturers, converters, and MD OEMs to select the polymer system (at the lowest cost) that is converted optimally to exceed lifetime requirements in the device. Tailored MD component properties and converter cycle times can be optimized and minimized, respectively, via blends of polymers.16

To focus on tailored polymeric properties in MD, I will focus on the following four application areas in follow-up articles.

Dr. Eric R. George holds a Ph.D. in polymer science and engineering from the University of Massachusetts and a B.S. in polymer science from the University of Southern Mississippi. His expertise spans engineering thermoplastics, biodegradable polymers, biomedical devices, and diseases of the eye. He is currently with ERG Polymers, LLC, and has previously held positions at GE Plastics, Zeus Inc., and Johnson & Johnson (both Johnson & Johnson Vision and Janssen Pharmaceuticals). He holds 35 U.S. patents, has published 12 refereed journal articles, and is a certified Six Sigma Black Belt. He received the 2017 Outstanding Alumnus Award from the University of Southern Mississippi College of Science and Technology.