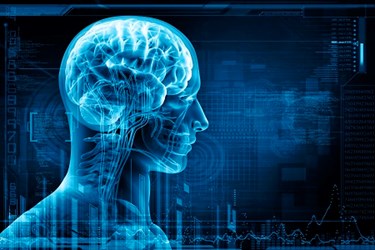 Scientists in the Netherlands are looking to pair artificial intelligence (AI), or machine learning, with MRI techniques that measure blood perfusion in the brain. This approach, said the researchers — diagnoses early forms of dementia and predicts the onset of Alzheimer’s disease with between 82 and 90 percent accuracy.

Though there is no cure for Alzheimer’s, experts believe that early diagnosis could improve patient outcomes and alleviate the healthcare system’s financial burden associated with the disease.  According to the Alzheimer’s Association, only 45 percent of patients and their caregivers dealing with the disease are aware of the diagnosis.

Recent Alzheimer’s research suggests that it may be possible to isolate biomarkers in the blood to diagnose the disease, demonstrated by scientists at Rowan University. Another study conducted in Mexico demonstrated that a simple skin test may one day offer an earlier diagnosis for neurodegenerative diseases, such as Parkinson’s and Alzheimer’s.

A recent study published in Radiology by scientists from VU University Medical Center in Amsterdam has shown that a special type of magnetic resonance imaging (MRI) called arterial spin labeling (ASL) could effectively diagnose Alzheimer’s.  ASL images or perfusion maps show how much blood is traveling to each region of the brain. Using AI, researchers were able to use existing perfusion maps as biomarkers to predict stages of Alzheimer’s in new imaging.

In the study, researchers looked at 260 patients—26 healthy, 60 with mild cognitive impairment (MCI), 100 with subjective cognitive decline (SCD), and 100 with probable Alzheimer’s disease. Not only was their system capable of distinguishing between groups, the combination ASL-MRI automated system was successful in predicting the onset of Alzheimer’s with 82 to 90 percent accuracy.

According to Meije Wink, senior investigator of the study, his research demonstrates ASL’s value as a biomarker for Alzheimer’s, noting its superiority to traditional MRI. Wink explained in a press release that traditional MRI is only useful detecting later stages of the disease when brain tissue has started to deteriorate, and once the tissue is gone, there is no way to restore it.  Incorporating AI techniques could lead to an effective screening tool, said Wink.

“ASL MRI can identify brain changes that appear early in the disease process, when there’s a window of opportunity for intervention,” said Wink, in a press release.  “If the disease process from SDC to MCI to Alzheimer’s disease could be intercepted or slowed, this technique could play a role in screening.”

The Alzheimer’s Association puts the current number of Alzheimer’s patients at 5 million, and that number is expected to exponentially increase as the population ages and the disease proliferates.