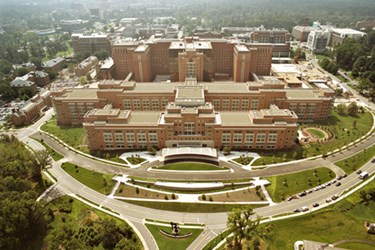 A new medical device that operates like an artificial pancreas is set to begin clinical trials. Overseen by a multi-university team with NIH funding, the device is capable of monitoring blood glucose, delivering insulin responsively, and connecting with a smartphone.

Type 1 diabetes is a prevalent form of disease with tens of thousands of cases diagnosed each year. Patients with this disease are required to test their blood sugar often and administer insulin either by hand with a syringe or via a pump device. A small lapse in vigilance can lead to life-threatening complications.

This type of treatment may soon be over, however, with the development of a new artificial pancreas, according to a recent press release from Rensselaer Polytechnic Institute (RPI). The artificial pancreas is a closed-loop system that takes feedback from the blood glucose and regulates the insulin administration automatically. Frequent testing and injections would be eliminated with this technology.

These features are complimented by an additional smartphone app that allows the patient to input carbohydrate estimates from their meals along with timing, according to the press release. This information is incorporated into the device’s program, allowing it to appropriately compensate.

“An artificial pancreas that automatically compensates for exercise and meals while maintaining desirable blood glucose concentrations, without the need for patient intervention, would greatly change the treatment of diabetes,” said B. Wayne Bequette, a professor in the Howard P. Isermann Department of Chemical and Biological Engineering (CBE) at Rensselaer and associate director of the University’s Center for Automation Technologies and Systems (CATS), in the press release. “Better, more precise control of blood sugar levels ... would lead to significant lifestyle improvements and a reduced chance of medical complications for most people with diabetes.”

The three year study has been funded by the National Institutes of Health’s National Institute of Diabetes and Digestive and Kidney Diseases, according to the press release. Initially the device will be tested on 12 hospital-based patients. After testing in that relatively safe setting, the device will be trialed in the home setting with 18 patients for a two week period.

RPI is leading the study, especially the technology portion, in conjunction with the University of Virginia. Collaboration is also planned with researchers from Stanford University and the University of Colorado, who will be participating in the clinical aspects of the study.

Finding ways to automate the insulin delivery process would be a significant advance in diabetes treatment. Other approaches are under development as well, including an implantable molecular prosthesis that uses responsive living cells to deliver insulin.