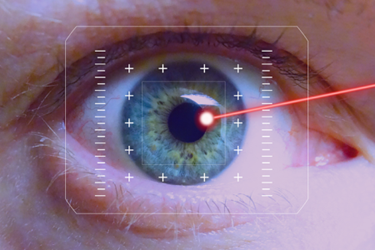 San Carlos, CA-based Auris Surgical Robotics, a developer of robotic microsurgical devices for ophthalmic procedures, has raised $150 million in equity, according to a regulatory filing with the United States Securities and Exchange Commission (SEC).

MedCity News reports that a representative for Auris said "the company’s deep in stealth mode and will not comment about the funding, or how it will be used."

Although investors in this round of financing were not disclosed in the recent filing, MedCity News reports that Auris has an "all-star list of investors – including Lux Capital, NaviMed Capital and the Peter Thiel-backed Mithril Capital Management."

An SEC filing by Auris last year lists 20 unnamed investors who poured $34,377,390 into the stealthy startup. The two rounds of financing bring the company's total equity funding to more than $184 million.

Frederic Moll, currently chairman and CEO of Auris, is a serial entrepreneur who founded Intuitive Surgical, and has been behind other robotic companies, including Hansen Medical, Mako Surgical, and Restoration Robotics. He is joined on the board by David Styka, who is CFO, along with founders and executives of the aforementioned investment firms.

In October 2013, Auris announced a collaboration with BIOLASE, Inc. to integrate the latter's WaterLase laser technology into a robotic microsurgical system developed by Auris for cataract removals.

"We evaluated a variety of advanced cutting technologies for use in our robotic cataract-removal system," said Moll. "For cutting precision, system compatibility, and lack of tissue trauma, we found significant advantages in using BIOLASE's Waterlase technology. We anticipate that our system will have major advantages over traditional phacoemulsification and should create a new standard for safety, speed, and effectiveness in cataract removal."

At the time of the announcement, the development reportedly was in the feasibility and prototyping phase.

Research and development of robotically-assisted surgical (RAS) devices continues even as one large study reports greater complication rates and costs associated with the use of robotic surgery. The FDA held a two-day public workshop in July to elicit feedback on scientific, clinical, and regulatory considerations associated with RAS devices.