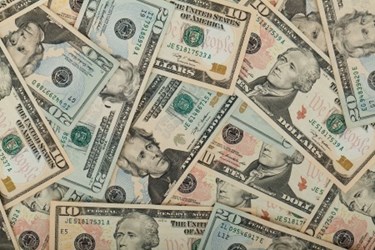 The efforts of a three university team to tailor the biodegradable properties of magnesium alloys have recently led to dissolvable fixation devices and stents, among other medical devices. Significant support from the National Science Foundation (NSF) has allowed the team to continue making great strides in this area.

Traditional metals are effective, but suffer from the drawback that they must often be removed later after healing is complete. Removal requires a second procedure and all the inherent risks and costs associated with it. Biodegradable metal materials would eliminate second procedures in many cases, a feature that makes them very attractive.

Biodegradable metals, namely those based on alloys of magnesium, have been entertained as orthopedic materials for some time. Historical attempts at using this material were abandoned due to overly rapid degradation, which led to complications. As metallurgy and materials science have become more advanced, however, efforts to pursue this technology have been rekindled.

Developing specifications that can be tailored to different clinical scenarios and specific medical devices is a primary focus for the team.

“The question comes when you start to design medical devices for a specific application and a clinical partner says, ‘We want that to be gone in a month, or a month-and-a-half, or we want that to be there for a year.’ Then you have to figure out how to meet those specifications,” said University of Pittsburgh’s William Wagner, the deputy director of the project and a principal investigator, in a recent press release from the University of Pittsburgh.

The team has already developed craniofacial plates and screws for reconstruction, kidney dialysis stents, nerve guides, and even a ring that assists in the healing of ruptured ligaments, according to the press release. The potential for these materials is broadly applicable across many areas of medicine, but each application requires specific resorption parameters for the technology to work.

“Several devices are fairly far along in pre-clinical testing and are on the third, fourth, or fifth prototype,” Wagner said in the press release.

The program involves the University of Pittsburgh (Pitt), the University of Cincinnati (UC), and North Carolina Agricultural and Technical State University (NC A&T), each of which brings special expertise to the table. The lead institution is NC A&T, due to its metallurgy expertise.

Magnesium has potential to be used as a fixation device, but it is also a dietary supplement that has nutritional value, as was recently discussed in an article on Med Device Online.