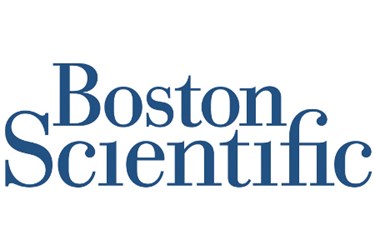 A federal judge overseeing the trial over pelvic mesh device cases involving Boston Scientific has recently denied the motion by the company to sever four cases from ongoing multi-district litigation.

Boston Scientific had earlier asked Judge Joseph Goodwin of the U.S. District Court for Western Virginia to exclude four product liability cases over its Pinnacle pelvic floor repair kits because of fundamental differences from the rest of the cases, but the judge dismissed the request, according to a Mass Device report.

“Commonalities in law, fact, witnesses and evidence originally anticipated by the court when consolidating these cases are non-existent. Any limited benefit from consolidation is greatly outweighed by the likelihood [of] jury confusion and prejudice,” the petition continued. “Consolidation is no longer appropriate and the cases should be severed.”

Judge Goodwin threw out the motion for severance, then applied the ruling to all pelvic mesh device cases under the multi-district litigation filed through August 15, the report said. In his ruling, Goodwin said that he was “unpersuaded that the barriers suggested by defendants in a consolidated trial are insurmountable or will result in the prejudice suggested by Boston Scientific.”

Goodwin is overseeing the federal cases lumped into the multi-district litigation, while 1,700 other cases have been consolidated under a state court in Massachussets, where Boston Scientific is based. The company disclosed in a recent filing that it is facing some 23,000 pelvic mesh lawsuits in state and federal jurisdictions across the U.S., according to the Mass Device report.

The medical device company had won its first personal injury lawsuit in July, when a jury in a Massachusetts state court found that “Boston Scientific officials properly designed the Pinnacle mesh implanted in Diane Albright to support her pelvic muscles and adequately warned her about the device's risks,” according to the Worcester Telegram and Gazette.

The second bellwether trial involving plaintiff Maria Cardenas began on August 14, according to a Rottenstein Law Group statement. Cardenas alleges in her complaint that Boston Scientific’s device design was faulty and that one of its mesh products caused her serious injuries, the statement said.

Plaintiffs in the lawsuits are claiming that the transvaginal mesh devices have either migrated or penetrated the vaginal wall, or have become intertwined in intestines after being implanted, according to a Lawyers and Settlements report. “Revision surgery is often needed — and on occasion — is not even possible, leaving the patient in chronic pain,” the report said.

The FDA had recently decided against a total market withdrawal of all surgical mesh products for purposes of pelvic organ prolapse repair, saying that there is not enough evidence to suggest that all transvaginal mesh devices cause serious health consequences and/or death.