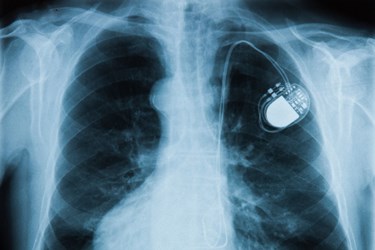 The medtech industry has experienced little overall organic growth the last few years, but the cardiac rhythm management (CRM) segment has been an exception. In 2010, the CRM market generated just over $14 billion. That number swelled to almost $21 billion in 2015, and analysts are projecting the total to grow to $28 billion by 2021. So what are the contributing factors for such large growth in down economy?

Age is a key driver for the likelihood of a patient being diagnosed with heart rhythm dysfunction. It is estimated that 1 percent of the world’s population may suffer from some sort of pacing problem, but that ratio climbs to 1-in-5 in the elderly. In a recent study, The United Nations predicted that the global share of population over 65 will grow from 7 percent to 16 percent in the next 30 years.

And people are not just living longer, they are living increasingly unhealthy lifestyles. Obesity and diabetes are on the rise globally as a growing middle class gains wealth, and therefore access to greater consumption options. In addition to the weight gain, foods that are high in sugar, fat, and salt, have been linked to hypertension, low metabolic rate, and lack of physical activity. The American Heart Association (AHA) states that obesity in women increases the likelihood of heart disease by 50 percent, and a whopping 70+ percent in men.

It is not all bad news, though. People gaining wealth in the emerging markets also are gaining access to improved and wider-ranging healthcare. Exponential growth of new cardiac rhythm patients will come from India, China, and Brazil as the United States, Japan, and European Union become more mature markets. Advancements in technology and treatments will determine who collects the largest share in each of these established markets.

Thus, it is no surprise that a medtech segment seeing large growth is also seeing groundbreaking innovation. Leadless technology, miniaturization, and remote monitoring are at the forefront of CRM. The world of pacing has become smaller, longer lasting, and connected. So, what’s the next step?

Med Device Online recently had the chance to sit down with Dr. Ken Stein, SVP and chief medical officer at Boston Scientific CRM. Dr. Stein discussed his company’s yet-to-be-named, leadless micro pacer, where the device stands in development, and how Boston Scientific intends to implement a new healthcare paradigm by combining its new pacing technology with its subcutaneous implantable defibrillator (S-ICD) to create a flexible modular system.

Still, it is nice to see the first-generation devices (such as Micra) coming out now in the United States. More implants will lead to more clinical data, leading to improved understanding and better products.

MDO: Where does Boston Scientific’s leadless pacer stand in development?

Stein: At this point, we have gone through several rounds of pre-clinical testing. We expect to have a design freeze on the system at some point in 2016, and then to begin human clinical trials shortly thereafter.

At the recent ACC.16 Scientific Sessions, we presented the first pre-clinical data showing the ability of our leadless pacemaker to give coordinated therapy, and to trigger therapy to treat arrhythmias by the S-ICD. The data is scheduled for an expedited publication in the Journal of the American College of Cardiology.

MDO: How have you addressed some of the adverse events associated with leadless pacemakers, namely dislodgment and perforation?

Stein: I think that is really the critical question as we attempt to move on from first-generation technology, into true second-generation pacing systems.

The FDA invited us to present at its leadless technology panel in February, along with Medtronic and St. Jude. It was clear during those discussions that, despite all of the advantages to leadless pacing systems, there are also significant safety concerns with the current generation devices.

The one that worries us the most, from a patient safety standpoint, is the issue of cardiac perforation. Not just what you see in clinical trials of the device, but what happens as you get out of a clinical trial into broader usage. There is just not a lot of history with these devices.

Based on issues we’ve observed with one of the other systems, post-commercialization in Europe, there are a number of things in our design that are deliberately created to try to minimize the risk of perforation, while still avoiding dislodgements.

MDO: How will the new leadless pacemaker work in conjunction with the EMBLEM S-ICD System?

Stein: They could be implanted together, but I think the predominant use case will be that a patient already has received one device, and now the need arises for the second. The real goal here is to have a modular system so each device can work independently.

The idea is to give each patient the therapy they need when they need it, as opposed to current “one size fits all” approaches. The capabilities will already be there if and when they are required.

How that will work, mechanically, is that there will be some external programming required to tell the one device that the other device is present and active. Beyond that, it is all wireless and it is all automated.

MDO: What external programming will be required?

Stein: We program these devices via wireless telemetry systems. Really, it is just a matter of programming the one device and telling it to locate the other, and then ensuing that the two devices can pair successfully.

Using an analogy that is not technically correct but gives a sense of that relationship, it is similar to a Bluetooth accessory. Initially, you have to instruct it to sync with your system, but once it has successfully paired, the process is all automated.

MDO: What challenges have you faced related to connecting wireless devices in a modular approach?

Stein: Cyber security is an important consideration, and we strive to achieve the optimal balance between security and usability. It is really a matter of being able to overcome the technical hurdles on the path to reliable device-to-device communication, and that is why the performance data shared at ACC.16 was so exciting.

These kinds of innovative things rarely work as well as this one did during its early testing. We were pleased by the engineers’ ability to overcome the technical challenges that arise in getting two different devices, within a body, to communicate with each other.

MDO: Are there additional challenges, related to physiology, for a communication system like this?

Stein: Ensuring that the devices will communicate, given what we know about the anatomic positioning of these devices, is a key issue. But, that again, gets to the engineering. We know where the S-ICD sits in the body; we know where the leadless pacemaker is going to sit in the body — that’s the beginning of the engineering challenge. Building on that, you can construct a system that is going to work reliably.

MDO: How will the clinical trials differ in testing a modular approach? Will additional evidence be required to receive approval?

Stein: We are still discussing clinical trial approaches with the relevant regulatory bodies. I would say there is more to prove. It is easier to demonstrate the performance of something as a simple single-chamber pacemaker than it is to show the safety and effectiveness of a coordinated system.

MDO: What do you think will be the next evolution in heart rhythm management technology?

Stein: We see the ability to offer two leadless devices working in coordination as the next evolution. Eventually, I think the device-based treatment of patients with cardiac arrhythmias will evolve to a completely leadless world. 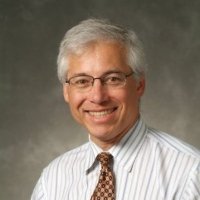