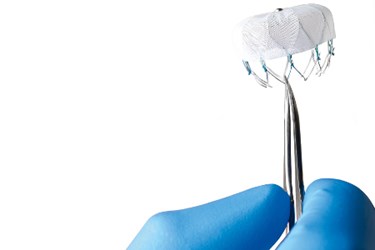 The FDA recently approved Boston Scientific’s Watchman anti-stroke device for sale in the United States. The device is now cleared to be offered as an alternative to patients with atrial fibrillation who are unable or unwilling to take standard warfarin therapy to prevent strokes.

The Watchman device is a catheter-delivered heart implant designed to close the left atrial appendage, a major source of clots in patients suffering from atrial fibrillation. The device had already been reviewed by three separate FDA panels since 2009. The last one convened last year unanimously voted the device as safe. However, that panel was split over the device's effectiveness to lower the incidence of strokes.

“We’re thrilled we finally got it across the goal line,” Boston Scientific senior VP Kenneth Stein recently told the Wall Street Journal. “It’s a complex device for the agency to evaluate, and that’s part of the reason it was more arduous than what we’re used to with other devices.”

Boston Scientific had pushed for the device's approval as a second-line therapy for patients who are poor candidates for standard, first-line anticoagulant therapy. The company had submitted the results of at least two randomized control trials, but the FDA wanted longer follow-up time and additional data to make a determination.

According to the WSJ, the FDA panel required Boston Scientific to track patients who receive the Watchman device via a registry. It also wants the company to conduct a post-approval study of the device's clinical outcomes. Initially, the device will be implanted by doctors in hospitals where the previous trials were performed.

“We’re going to have a very slow, very controlled rollout of this device,” Dr. Stein told the WSJ. "There is a learning curve for doctors new to implanting the device, and the company plans to implement a “very rigorous training program.”

Boston Scientific is reportedly talking with the Centers for Medicare and Medicaid Services (CMS) for potential reimbursement for the devices’ implantation. Watchman could generate as much as $500 million in sales for Boston Scientific annually, according to the WSJ. However, some physicians note that newer blood thinners developed since the device's submission in 2008 have been shown to be more effective in reducing the risk of strokes.