Challenges To FDA's Modernization Of The 510(k) Pathway 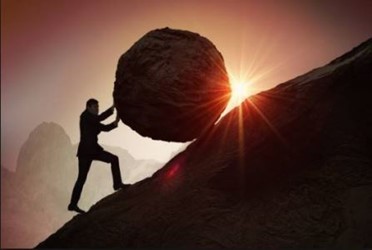 This is not a new initiative for the agency. In the summer of 2010, the FDA released a 119-page report from CDRH outlining the 510(k) Working Group’s preliminary report and recommendations; but why announce this overhaul right now? One likely answer is a report issued by a coalition of journalists across the globe — led by the International Consortium of Investigative Journalists (ICIJ) — just one day earlier, whose investigation painted a damning picture of medical device safety. The Netflix documentary, The Bleeding Edge, also has helped to stir the pot.

FDA Should Look In The Mirror For Blame, Answers

In the FDA statement, Gottlieb and Shuren wrote, “Data show that nearly 20 percent of current 510(k)s are cleared based on a predicate that’s more than 10 years old. That doesn’t mean the products are unsafe. But it does mean that some devices may not be continually improving.” So, what is “magical” about 10 years? Just because a new device’s predicate is more than 10 years old does not mean the new device will not be safe and effective. FDA guidance for choosing a predicate device has been clear, well-defined, and long-standing:

A device is substantially equivalent if, in comparison to a predicate it:

This method of evaluating substantial equivalence has NOTHING to do with the age of the predicate device. As the added underlining emphasizes, any differences between a new device and the proposed predicate must not raise questions of safety and effectiveness. For this reason, a comparison table of features and specifications for the new device and the predicate must be included within a 510(k). THIS has been the mechanism for an FDA reviewer to reject a submission because the chosen predicate is inadequate or inappropriate. This comparison provides an opportunity for FDA to indicate the new device is not-substantially-equivalent (NSE) to the predicate.

I recall a 510(k) submission for a surgical device that used radio-frequency identification (RFID) technology to help track surgical supplies in the operating room, and to prevent their being forgotten inside the patient following surgery. This device’s submission used a manual surgical supply counting board as the predicate. This would appear to be an inappropriate predicate — as RFID technology, and the associated signals and electronics, certainly raise safety and effectiveness questions when compared to a simple board with hangers and tags. This disparity exists regardless of how much time has passed since the predicate was cleared. For the record, FDA cleared the RFID surgical device, using the manual surgical supply counting board as the predicate.

FDA’s proposal of a ten year “limit” for a cleared medical device to be used as a predicate is, at best, arbitrary. Gottlieb and Shuren state that cleared devices with predicates more than 10 years old are not unsafe, yet they also wrote, “we’re going to pursue additional actions that will allow the FDA to retire outdated predicates.”

It seems like this new 10-year predicate regulation will cause more confusion and frustration for the medical device industry without improving safety or effectiveness. If the FDA properly used existing regulations regarding different technological characteristics between a new device and its predicate, and whether these differences raise new questions of safety and effectiveness, the system would work properly. The medical device industry does not need more regulations (especially arbitrary ones) simply for the sake of appearing responsive to media criticism.

Gottlieb and Shuren’s statement went on to say, “In the next few months CDRH is considering making public on its website those cleared devices that demonstrated substantial equivalence to older predicate devices. We’re considering focusing on predicates that are more than 10 years old as a starting point, so that the public is aware of those technologies.”

Such an action would represent a de facto public vote of no confidence against these devices, and could be incredibly damaging to the companies that manufacture and sell them.

Gottlieb and Shuren continued, “To be clear, we don’t believe devices that rely on old predicates are unsafe, or that older devices need to be removed from the market.” Well that’s good to hear, because it was their agency that cleared said devices for market in the first place; still, now they plan to publicly “shame” these companies, which followed all applicable regulations and invested the time, effort, and money to bring these life-saving devices to market? Do Gottlieb and Shuren think this public disclosure will absolve the agency of responsibility and bad press if problems arise with these devices in the future?

Such a public disclosure is instead likely to create a marketing frenzy, in which companies with more-recent predicates will attempt to bash some competitors because FDA has formally identified these competitors as having used an older predicate for clearance. The attacking company will try to create doubt in consumers’ minds regarding competing devices that were lawfully cleared for the U.S. market, following all existing regulations at the time of their approval.

Public shaming of device manufacturers based on products cleared using older predicates seems irresponsible and a potential legal nightmare. I think I see the sharks circling already. What do you think of FDA’s statement? Do older predicates concern you? Do we need more regulations, or just clearer enforcement of the existing ones? Share your opinions in the comments section below.