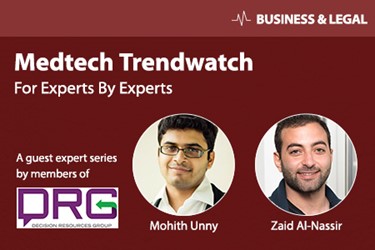 Over the past few decades, the Chinese medical device industry has grown at a substantial pace, driven by rapid urbanization, rising disposable incomes, and a large and expanding aging population. The industry has been further bolstered by the strengthening of health care infrastructure at lower-tier facilities and in nonurban areas, increasing patient awareness surrounding treatment options and availability, and the rising number of well-trained and skilled surgeons across the country.

All of these factors have engendered immense demand for medical care, spurring the uptake of various medical devices and subsequently supporting the country’s medical device market.

However, such robust growth does not emerge without challenges, and China’s medical device industry — while unique in a variety of ways — is no exception in this regard. Below, we present the primary challenges facing the Chinese medtech space and detail how the country’s government currently manages these issues, as well as how it plans to do so going forward.

The bulk of the challenges facing the Chinese medical device industry can be attributed to a combination of demographic and financial conditions; generally, these are represented by the difficulties and obstacles involved in providing consistent health care services to the world’s largest population across one of the world’s largest land masses.

Moreover, these difficulties are also often intertwined with the Chinese government’s ongoing efforts to upgrade local manufacturing capabilities — long associated with inexpensive, lower-quality production — to enable domestic companies to better compete with foreign manufacturers. Foreign companies are generally perceived to provide higher quality, though more costly, products and can be credited with producing the bulk of materials currently used in high-value industries, including medical devices, pharmaceuticals, aerospace, IT, and robotics.

With that in mind, a granular view into China’s past and ongoing challenges, shown below, can provide a more comprehensive understanding of the country’s current status and where it is headed on this developmental path.

The aforementioned challenges have resulted in enormous cost pressures on the public Chinese health care system, which has been, and continues to be, stretched significantly beyond its limits. However, over the past decade, the Chinese government has instituted a number of initiatives to alleviate these pressures.

It is expected that the Chinese government will continue to work to reduce its health care expenditure, improve services across the country, and strengthen the presence and competitiveness of domestic companies. This will result in a number of foreseeable outcomes.

For instance, it is highly likely that the government’s efforts to strengthen private facilities and insurance will result in parallel health care systems: a public system that handles high volumes of surgeries at relatively affordable costs and caters to the mass market, and a private system that handles lower volumes but operates at higher margins. This will support domestic companies in the short-term (given that more patients will be relying on Class 1 and 2 facilities), but will ultimately also support the uptake of foreign devices once private facilities are more firmly established and widely accepted.

Moreover, due to government regulations that support local innovation, the quality of domestic offerings will continue to rise, allowing local competitors to capture share from MNCs and foreign players. Simultaneously, foreign companies will be better able to bring their products to market in China due to the increased ease of registration and clinical trial requirements. Overall, this will lead to a highly dynamic and competitive medical device market in China, providing millions of patients with accessible and affordable health care, and significantly supporting revenue generation.

Mohith Unny is a principal medtech insights analyst at Decision Resources Group. He holds a Master’s in Advanced Chemical Engineering from Imperial College London. Mohith can be contacted at mnunny@teamdrg.com and through LinkedIn.

Zaid Al-Nassir is a senior product support analyst at Decision Resources Group. He holds a B.A. in Political Science, History, and Writing & Rhetoric from the University of Toronto. Zaid can be contacted at zalnassir@teamdrg.com and through LinkedIn.