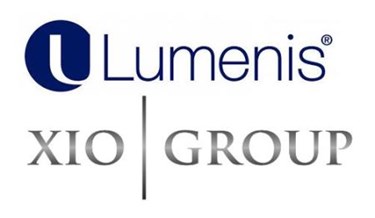 Since going public in the ‘90s, Lumenis has experienced a number of structural upheavals. After it was delisted on Nasdaq in 2006, Lumenis was acquired by Viola Group and Ofer Hi-Tech — since merged to form XT Group — who invested $120 million into the company. According to Globes Israel’s Business Arena (Globes), Tzipi Ozer-Armon, Lumenis’ most recent CEO, came to the company in 2012.

In a 2012 press release, Harel Beit-On, chairman of the board at Lumenis, commented that Ozer-Armon was hired for her ability to “transform organizations in the global markets, and drive expansion and innovation.”

Ozer-Armon called the acquisition by XIO Group a “vote of confidence” for the Lumenis team’s hard work transforming the company over the past three years, adding that a strong portfolio, a pipeline of innovative products, and a growing global brand indicate a bright future for Lumenis.

“I am confident that we will continue to thrive and reach new heights together with XIO group,” said Ozer-Armon in a press release.

The most recent Lumenis products were announced at the 33rd World Congress of Endourology (WCE), held in London earlier this month. The Pulse 100H and Pulse 50H offer improved patient safety features and increased versatility. Their comprehensive combination of laser parameters could address a wide array of urologic indications, along with possible additional applications in general surgery, ENT, gynecology and pulmonary surgery.

“The additions to the Pulse platform series signify a key improvement to our current urological solutions for HoLEP and stone dusting and empower users to achieve more than 70 types of procedures in a range of clinical specialties,” said Ozer-Armon in a press release.

XIO Group, an alternative investment firm with headquarters in London, Shanghai, and Hong Kong, reports having $3 billion in place for global transactions and is ideally situated to grow portfolio companies globally.

Globes cited an IVC Research Center report that saw private equity investment quadruple in Israel over the past year, with 44 deals totaling $2.1 billion signed in the first half of this year alone.  According to the report, most of the deals represent high-tech buyouts by foreign investors, which “further attests to the maturity of the local tech industry and its global integration.”

“Over the last years, we had an opportunity to lead Lumenis through a strategic transformation into a valuable growing business with global appeal,” said Lumenis’ Beit-On.  “We respect and appreciate the efforts of Lumenis management and employees and wish the company continued success.”