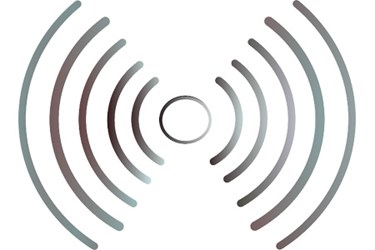 University of Wisconsin researchers are currently working on using implantable radio frequency identification (RFID) chips to guide surgeons to a tumor’s location. They believe that the technology has the potential to replace painful and less accurate wire localization methods.

Breast cancer is the most commonly diagnosed cancer among women, affecting literally millions in the United States alone. There are many treatment methods, but tumor removal surgery is one of the most common. A tool that is often used in these procedures to help mark the tumor is called a “localization wire”, according to a recent press release from the University of Wisconsin in Madison.

The technique involves pushing a thin wire into the breast tissue, usually with the assistance of mammography or ultrasound. Localization wires have been in use for over 30 years, and they are used to mark a portion of the tumor so the surgeon can find it during operation. Unfortunately, the wire can only define one edge of the tumor at best, which requires the surgeon to explore during surgery to find the rest.

"I get a 2-D picture of where the wire is in the breast, but it's a 3-D event — and requires piecing the pictures together to find the cancer," said Lee Wilke, director of the UW Health Breast Center and a UW-Madison professor of surgery, in the press release.

Not only is the technique inaccurate, but it is a relatively painful process as well.

"It's not something I think I would wish on anyone," said Dan van der Weide, a UW-Madison professor of electrical and computer engineering, in the press release. "It's stressful to place this wire on the day of a difficult surgery."

The research team’s proposed solution is to use RFID tags to help localize the tumor. The technology is well understood and could be encapsulated into a small pellet. This pellet could then be implanted during biopsy, according to the press release, leading to the elimination of the localization wire procedure. This could lead to a savings of up to $2,500 per patient.

Research related to the new device is ongoing, and it will require some refinement before the team attempts to pass regulatory hurdles. The UW researchers have formed a new startup company to pursue the venture. New work will focus on adapting RFID to localization, perhaps through new designs that include positional indicators like coils. This could be combined with a wand-like reader that would be used in the operating room during surgery.

Breast cancer studies enjoy a significant level of support in the research community, as well as funding from many sources. In a recent article on Med Device Online, another precise imaging technique called the “electronic skin” was used to identify tumors that were previously undetectable through palpation.