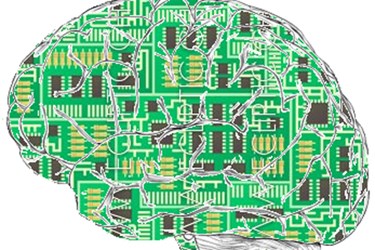 Scientists may have found a way to overcome the challenges of studying neural activity by integrating novel nanoelectronic technology with the human brain — a cyborg-like advance that could help develop treatments for neurodegenerative diseases like Parkinson’s.

Trying to develop a seamless interface between the neural connections in the brain and electronic components involves working on an incredibly small scale. Nanoelectronics — nanowires in particular — may enable observations that occur inside cells in real-time and even make it possible to influence those cells to behave normally.

“By focusing on the nanoelectronic connections between cells, we can do things no one has done before,” said Charles M. Lieber, Ph.D., in a recent press release from the American Chemical Society (ACS).

“We’re really going into a new size regime for not only the device that records or stimulates cellular activity, but also for the whole circuit,” he continued. “We can make it really look and behave like smart, soft biological material, and integrate it with cells and cellular networks at the whole-tissue level. This could get around a lot of serious health problems in neurodegenerative diseases in the future.”

Dramatically reducing the size of bioelectronics has been a focus for Dr. Lieber and his team for several years. Their development of ultrathin nanowires that are thousands of times smaller and more flexible than their predecessors has enabled the monitoring of what goes on inside cells. 3D mesh scaffolds built of these nanowires have proven to be extremely flexible, while allowing hundreds of electronic units to interface with tissues and cells that have been grown on them.

Their work has also led to tiny electronic probes that can record even the fastest signals between neural cells. These signals control the activities most affected by neurodegenerative diseases, making the team’s approach very promising.

Currently Dr. Lieber and his team are developing methods of injecting the nanowires and integrating them into neural tissue using a rat model.

“It’s hard to say where this work will take us,” he said in the press release. “But in the end, I believe our unique approach will take us on a path to do something really revolutionary.”

Further details related to this advance will be presented at the 248th National Meeting & Exposition of the ACS, the world’s largest scientific society. The meeting features nearly 12,000 presentations on a wide range of scientific topics and is being held in San Francisco through August 14, 2014.

The development of a direct brain-electronic interface has also been the focus of intense research in the field of prosthetics, where efforts are under way to control prostheses using a patient’s brain signals.