Danaher To Acquire Pall For $13.8B, Separate Into 2 Publicly Traded Companies 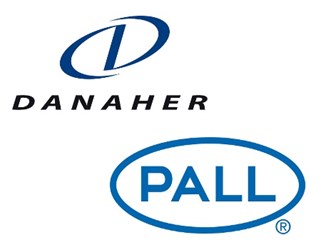 In a series of corporate maneuvers, Danaher announced the terms of the biggest acquisition it has made in years — and followed it up with the news that it was splitting in two. Following its $13.8-billion acquisition of Pall Corporation, a supplier of filtration, separation, and purification technology, Danaher will spin off some of its industrial business, leaving a company more exclusively focused on biomedical products and water filtration technology. Danaher’s divested interests will form a new industrial business currently called NewCo.

Under the terms of the agreement, Pall’s New York-based business that manufactures systems that remove contaminants or specific materials from solids, liquids, and gases will join up with Danaher’s existing interests in life sciences that include diagnostics, product-identification gear, dental equipment, and water purification systems. The New York Times reports that the combined company, which will retain Danaher’s name, will be worth around $16.5 billion dollars.

Though Danaher has historically made a habit of acquiring companies and has steadily been expanding its biomedical business, the acquisition of Pall is its biggest expenditure yet, based on estimations complied by Bloomberg. In comparison, Danaher completed a deal to acquire Nobel Biocare for $2.2 billion last December.

Thomas Joyce, Jr., CEO of Danaher, said in a company press release, “Pall will provide us a leading business with significant runway for expansion and strengthens our life sciences position in the strategically attractive, high-growth biopharmaceutical market.” He also noted that Danaher’s business expertise would accelerate new product development for Pall and improve its operational efficiency.

The Wall Street Journal reports that the subsequent split is part of a larger trend among corporations who are combining their faster growing businesses together and separating them from slower-growing, cyclical markets. According to Forbes, fewer corporations are interested in “empire building” these days and instead want to consolidate common interests and simplify operations to maximize growth.

“Each company will be more focused with access to the capital necessary to pursue organic and inorganic growth opportunities,” said Danaher’s Joyce in a separate press release. Though the businesses will be separate, Joyce reiterated that both companies will be run on the Danaher Business System and share common values and goals.

Danaher expects to have completed the split by the end of calendar year 2016.