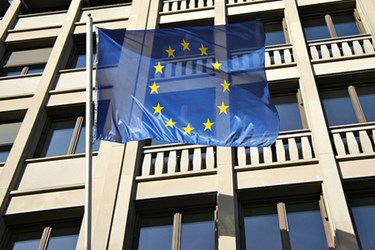 The Environment, Public Health and Food Safety (ENVI) Committee of the European Parliament and Council of the European Union’s Committee of Permanent Representatives (COREPER) approved new draft regulations designed to improve the safety of medical devices and in vitro diagnostics (IVDs) marketed in Europe.

Committee members were widely expected to affirm the draft regulations they agreed upon last month, when they announced consolidated new rules to tighten medical device marketing, transparency, and surveillance in EU member countries.

According to an ENVI press release, the new rules include:

The introduction of these additional measures will promote public safety, improve access to life-saving medical device technology, and encourage innovation.

ENVI also said stricter regulation will prevent the kind of public health scandals involving hip and breast implants that occurred in recent years, and which exposed certain weaknesses in the current regulatory environment. Strengthening pre-market requirements and post-market surveillance, including establishment of a unique identification system, are two key components of the plan.

“The metal-on-metal hip scandal highlighted weaknesses in the current system. So we’ve introduced much stricter requirements for the bodies that authorise medical devices, and will insist that particularly high risk devices, such as implants, joint replacements or insulin pumps, will be subject to additional assessments by experts before they can be authorised,” said rapporteur on medical devices Glenis Willmott (S&D, UK), according to the ENVI press release.

“We’ve also agreed a much stronger system of post-market surveillance so that any unexpected problems are identified and dealt with as soon as possible,” she added.

“With the PIP scandal, many women simply didn’t know if they had received defective implants or not. So we’ve also introduced a Unique Device Identification (UDI) system so we know which patient has which device; this will make it much easier to trace patients if there’s a problem and patients will also be given an implant card with the UDI, which they can use to access information via a publicly accessible database,” Wilmott added in her report.

Separately, new safety requirements will also apply to IVDs, including those used for pregnancy and DNA testing. EU member states will be required to provide patients undergoing DNA testing with proper information and counselling.

According to Regulatory Affairs Professional Society (RAPS), Jérôme Unterhuber, spokesman for the Council of the European Union, said that, “The EP had asked that where a genetic test is used for instance to diagnose the predisposition of diseases member states must provide the tested person with relevant information on the significance and the implications of the genetic test. Since the organization of the health system is a national competence the Council (which, as you may know, represents the 28 member states) was not able to accept this demand. At the end, the 2 co-legislators agreed that member states provide this kind of information ‘as appropriate.’”

MedTech Europe, the alliance of the medical device association Eucomed and the IVD association EDMA, welcomed the decision to affirm stricter safety requirements in the EU medtech industry after years of deliberations in various levels of the EU leadership.

“Medical technologies save lives, improve health and contribute to sustainable healthcare. And many of the proposed updates in the regulations are welcomed by our industry as they will enhance patient safety and facilitate access to new technology,” Serge Bernasconi, CEO of MedTech Europe, said in a statement. “I believe that the new regulations are critical in filling in the gaps of the existing laws and in bringing a more harmonised set of guidelines across the region.”

Consolidated texts of the agreement will undergo legal review and language translations in the coming months. The new rules will take effect by 2020 for medical devices and 2022 for in vitro diagnostics.