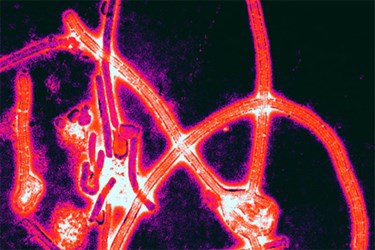 Historically, the physical separation of communities has played a critical role in confining the spread of disease. In the modern age, however, frequent inter-continental travel makes the risk of pandemic disease outbreaks a possibility of great concern. To help prevent such a scenario, PositiveID, a company in the San Francisco Bay area, has been developing a rapid, on-site test system that will help public health and transportation officials screen for disease at ports of entry.

In addition to screening for people who may be ill when coming into the country, this technology may help contain a disease at the site where it develops.

“If you can test early on in remote locations, you can essentially quarantine that area sooner, therefore reducing the spread of [the disease],” Lyle Probst, president of PositiveID, stated in a recent interview with KTVU in San Francisco. “Even now as people go through, some airports are scanning to see who’s running a temperature and who’s not and if they’re running a temperature they can go and take a sample from them, but they’re not going to get results for several hours.”

According to the KTVU report, the test kit from PositiveID is currently under development, and it is capable of analyzing a sample in about 15 minutes. The speed of this device combined with its design, which is highly focused on ease-of-use, makes it possible for just about anyone to operate.

The system makes use of a disposable cartridge with a small hole in the center where the biological sample is placed. To perform the analysis, there is a single button that gets pushed by the operator. Each test costs $25 to perform, while the test device itself has a target cost between $3,000 and $5,000.

The core technology for this device was developed about a decade ago by Probst and was funded by the Department of Homeland Security, reports KTVU. What was once contained in an 800 pound machine is now being deployed in a handheld device that can be used in areas where traditional laboratories are not available.

As the cost of electronic devices continues to decrease, the ability to provide tools to healthcare providers in third world countries becomes greater. In addition to helping prevent the spread of disease, handheld devices for clinical diagnostics are also being developed for more conventional medical practices.