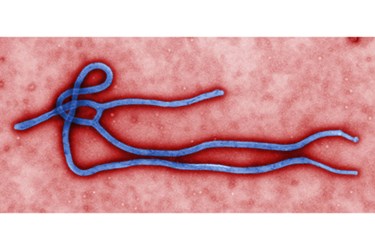 In the midst of the current Ebola epidemic, the FDA has authorized the provisional use of an unapproved diagnostic device to test for the Zaire strain of the Ebola virus.

Since its initial onset in March 2014, the Ebola Zaire virus has claimed 932 victims in four countries across the West African region. According to the World Health Organization, 45 of those victims perished between 2 and 4 of August. In that same time period, 108 new cases were also reported.

Given this scenario and the need to quell spread of Ebola, FDA has authorized the use of a real-time polymerase chain reaction (RT-PCR) assay developed by the Department of Defense, according to The Wall Street Journal. The test is designed to be used on whole blood or plasma specimens of people who are at risk of exposure or who have been exposed to the virus.

The RT-PCR utilizes a molecular biology technique that takes a relatively small amount of DNA and amplifies it. Polymerase is an enzyme used to assemble DNA, and it is used to make copies, or amplify, the DNA contained in a test specimen. As the quantity of DNA copies in the reaction vessel increases, the presence or absence of certain DNA — in this case that of Ebola Zaire — can be detected. Observing the RT-PCR reaction until the DNA of interest becomes detectable (if present) is what is done in real-time.

As victims are treated, the healthcare workers on the front-line risk exposure and death themselves. In one case reported recently by Onyebuchi Chukwu, the Nigerian minister of health, a Nigerian nurse had died, while 5 of her coworkers were also infected after treating the same patient, according to the WSJ.

In the age of frequent international travel, there is also concern that spread of a virulent disease like Ebola Zaire could move quickly about the globe. It is hoped that testing healthcare workers and patients who exhibit symptoms of the disease may be facilitated by this RT-PCR method. For example, the WSJ reported that a patient that had recently visited West Africa was admitted at New York’s Mount Sinai Hospital. Fortunately, despite exhibiting some signs of a possible Ebola infection, tests were negative for the presence of the Ebola virus.