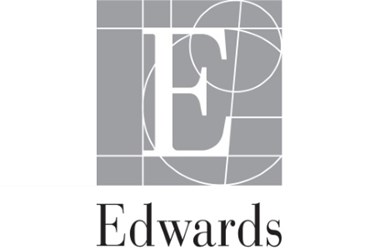 Harpoon Medical, a spinoff from the University of Maryland School of Medicine, "is pioneering a beating-heart, transcatheter therapy for minimally invasive surgical repair of a degenerative mitral valve," according to a press release from Edwards related to the company's annual investor conference.

The amount of upfront investment by Edwards in Harpoon was not disclosed by either company. Harpoon previously raised $1.4 million in convertible debt in September, part of a $2 million bridge round, and raised $3.2 million in Series A funding last year, reports the Baltimore Business Journal. The early financing rounds were allocated for Harpoon's early feasibility study in Europe of patients with severe mitral valve disease.

The company presented at the 2015 Transcatheter Therapeutics Conference in San Francisco positive results of the ten-patient study, which demonstrated 100 percent procedural success rate, reduction of mitral regurgitation to mild or less in all patients, with 100 percent survival, no stroke, renal failure, conversion to open heart surgery, and no blood transfusion.

On the replacement side, Edwards acquired CardiAQ Valve Technologies for $350 million in July. CardiAQ has a transcatheter mitral valve implantation (TMVI) system that uses a transfemoral-transseptal approach. With the option to acquire Harpoon, Edwards now gains a complementary product on the mitral valve repair therapy side.

In the release outlining its growth strategy, Edwards expects to strengthen its foothold in the transcatheter heart valve segment, backed by the market-leading SAPIEN 3 valve. The company anticipates a late 2016 intermediate risk U.S. approval and initiation of a low-risk trial during the year.

The company says Transcatheter Heart Valve Therapy (THVT) sales are projected to increase 10 to 18 percent to $1.2 billion to $1.4 billion in 2016, despite stiffer competition from other device makers eager to cash in on the global TAVR market that is estimated to be worth $5 billion by 2021.

"We expect another year of strong performance for Edwards Lifesciences in 2016 led by growth in SAPIEN 3 valve sales and continued leadership in our core businesses," said Michael A. Mussallem, chairman and CEO, in the statement.  "Despite foreign exchange headwinds, we are projecting solid financial results next year while we continue to invest aggressively to provide breakthrough therapies for patients in need."