7 Elements To Consider When Designing Medical Products For Sterilization 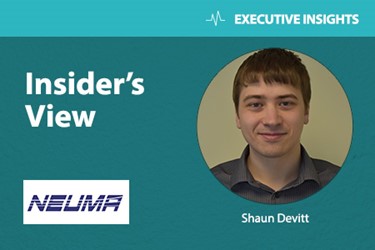 For medical products that must be sterile, achieving sterility is among the highest development priorities. Consequently, it should be natural to give this process serious attention and effort in the development process.

Unfortunately, many project teams fall into one extreme or another, ignoring challenges until confronted with failed tests late in development, or adopting conservative, rigid guidelines that increase cost and lead times while limiting innovation. However, more deliberate, proactive efforts applied to the sterilization topics discussed below can lead to improved outcomes.

Tables that rate different materials’ suitability in various sterilization processes (generally focusing on polymers) are common. Compile enough of them, though, and you’ll see that they can contradict one another. The reason is that different processes can have different effects, and suitability may ultimately depend on which material attributes are most important for the component under consideration.

Take polypropylene copolymer, for example. Suitability tables will give it a good-to-average score against both irradiation and steam sterilization, but the best choice depends on the application. With irradiation, even a “radiation stabilized” formulation will see a decrease in yield strength and impact resistance (and that decrease will continue over time), but dimensional properties are maintained. Conversely, polypropylene comes out of the autoclave with unchanged inherent mechanical performance, but strain and warp can occur during the process, resulting in changes to the dimensional properties.

In a choice between the two processes, if a part’s primary function is dimensional with minimal mechanical burden, radiation would be best; if strength is the desired dominant attribute, steam sterilization would be preferred. As a general rule, use suitability tables as an initial guide, but consider discussing your specific needs with your resin supplier, and how a specific resin might address them.

Also, don’t underestimate the value of testing early: a few weeks’ delay in assessing test plaques or part samples is well worth it to avoid surprises during design verification.

Modern products usually comprise many materials, making it almost impossible to select a sterilization option that is completely without effect. Radiation produces ozone and, potentially, other byproducts that can affect functionality; ethylene oxide leaves traces of itself and, often, reaction products behind; and steam can send moisture deep into materials, with potential longer-term effects.

With proper process selection and optimization, such effects are manageable. However, it is important to identify these effect, monitor them, and set appropriate specifications based on the application. For example, ISO 10993-7 presents several different limits for ethylene oxide residuals in different products, with limits being tighter in some contexts, such as certain pharmaceutical packaging. Meanwhile, autoclaving can alter a product’s moisture content, which is acceptable in some instances, but in others -- such as a moisture-sensitive drug product or an electrical component -- may be unacceptable. Setting accurate specifications for these attributes early in development is critical to process selection.

For regulated medical products, sterility is the demonstrated lack of viable microorganisms. Unfortunately, the only true sterility test we have is a destructive test: full exposure of the unit to liquid growth media, followed by multiday observation. Thus, a clear link must be made in product release testing to direct sterility, using physical sterility maintenance tests, bioburden monitoring, and the development and characterization of appropriate process challenge devices.

If these intermediary tests aren’t developed, then everything relies on growth media tests (which can be unreliable, as well as burdensome at the sampling frequencies required to show adequate sterility assurance). The development of this test chain can, ironically, be the most troublesome for pioneers in process cleanliness and product miniaturization. Some miniature products have average bioburden before sterilization so low that most units are free of viable bioburden (if they could only be assessed), yet some traditional test methods do not scale well to small, intricate products -- no matter how clean or how robust their sterile barrier system is.

Nevertheless, the need for the test structure and individual methods cannot be avoided, and there should be no worry in taking novel approaches, provided they can be validated and show equivalence to traditional methods.

It is a common complaint that packaging always is designed last -- with frequent consequences -- and few situations show this so clearly as sterile products. Inevitably, primary packaging is a double-edged sword that both impedes the sterilant and maintains sterility over shelf life. Packaging is part of the product and should be given consideration equal to other subcomponents.

Not only should primary packaging be contemplated, so should the carton/box/pallet configuration. While secondary and tertiary packaging aren’t going to dictate product design, they do need to accommodate the selected sterilization method. For example, package density is very important for efficiency and dose uniformity of irradiated products (with gamma, x-ray, and e-beam each having distinct optimal configurations). Likewise, ethylene oxide requires breathable packages, ideally with sufficient porosity that they are not the limiting factor to sterilant diffusion.

It can be invaluable to study the packaging of competitive or otherwise similar products: try to discern the reasons for package design features, as well as opportunities to improve upon those features. After all, full process revalidation (including sterilization revalidation) just for improved packaging is not frequently carried through, so why not make your best effort on the first go?

As organizations develop their product portfolios, development usually proceeds — at least in part — with devices based on previously commercialized devices, either as ‘next-generation’ products or as variants to cover additional markets. It is natural to assume that ‘minor’ changes to the product would have minimal to no impact on processes; however, sterilization can be surprisingly sensitive to geometry and material changes.

If the predicate is radiation sterilized through e-beam, moderate increases in density or weight could force a significant packaging redesign or even make e-beam no longer feasible. In another case, decreasing the diameter of a small lumen for a product sterilized by ethylene oxide gas can multiply the required exposure time, with significant cost and logistical consequences.

Of course, when designing off a predicate device, one has a wealth of valuable knowledge from the previous sterilization development to leverage. Still, it is important to identify and highlight the design features associated with the product’s areas of greatest sterilization resistance. That way, the consequences of proposed changes can be fully considered. Again, don’t discount the value of early small-scale testing (or analysis, when robust tools are available) to gain accurate insights on the effects of changes.

It is tempting to try to create a design that can be sterilized equally well by two or more methods. Whether motivated by conservative planning or a bad experience in transitioning a previous device from one method to another, this approach rarely provides benefits commensurate to the sacrifices and cost.

Trade-offs must be made in material selection by selecting one method, either by foregoing adequate performance in certain attributes, or by selecting more expensive materials that can handle all the simultaneous constraints. Additionally, since sterilization is one of the processes defining the product, using two sterilization methods ultimately leads to two products. This leads to a significant increase in costs if verification and validation are carried out in the most conservative fashion, and risks producing murkier results (i.e., what to do if equivalence testing reveals differences in attributes with specifications that were hard to justify).

It is far better to carry out a more rigorous selection and development of one sterilization process by defining requirements early, starting testing as soon as possible, testing at each product iteration, and communicating design intent clearly to the other stakeholders to avoid conflicting decisions.

While individual product sterility is easy to define, sterilization is, unfortunately, not an absolute process. As explained in ISO 11737, “The kinetics of inactivation of … microorganisms by physical and/or chemical agents used to sterilize health care products can generally best be described by an exponential relationship between the numbers of microorganisms surviving and the extent of treatment with the sterilizing agent. Inevitably, this means there is always a finite probability that a microorganism can survive regardless of the extent of treatment applied.”

This is the principle of the Sterility Assurance Level (SAL): the cycle is demonstrated (or validated) to output product with no more than a certain probability or expected proportion of nonsterile articles. Since devices interact with patients in many different ways, there are different levels of what characterizes “sterile,” depending on the use case.

While this article can’t fully detail the bioburden approach to sterilization development, one lesson is that there are avenues here to accommodate products that are sensitive to the sterilization cycle. Significant reductions in exposure may be possible where the endpoints are well-defined, and the distance made as small as possible (i.e., through bioburden controls).

For sterilization process development, as in many other fields, knowledge ultimately is power: the power to enable innovative products that are safe, effective, and commercially successful.

Shaun Devitt is a Vice President and principal engineer at Neuma LLC, an engineering services company focused on helping medical device and pharmaceutical clients develop innovative products and processes that are robust and ready for production. He and his team have extensive experience in mechanical and electrical design, as well as developing processes, including sterilization processes, that enable drug delivery technologies and medical devices. He can be reached at shaun.devitt@neuma-eng.com