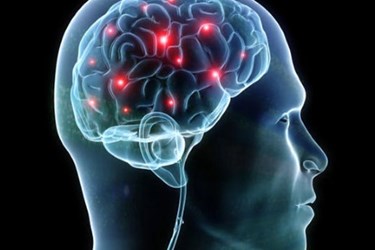 Technology entrepreneur Elon Musk has confirmed his involvement in a medical research startup called Neuralink, which was registered in California last July. Though research aims and potential projects have not been formally announced, sources close to Musk hinted to the Wall Street Journal (WSJ) that the company is working on connected “neural lace” that could be used to treat neurological disorders.

Neuralink will be the first foray into the medical sector for Musk — who is the mind behind technology innovations such as Pay Pal, Tesla Motors, and SpaceX. Last February, Musk spoke to the World Government Summit in Dubai about his interest in merging biological intelligence with digital technology — harnessing the power of computers to essentially speed up human thought, according to CNBC.

By merging the two types of intelligence, humans would be better equipped to exist in a world with what Musk calls “deep artificial intelligence,” which may — said Musk in an interview with Vanity Fair — pose a threat to humanity.

“Some high bandwidth interface to the brain will be something that helps achieve a symbiosis between human and machine intelligence and maybe solves the control problem and the usefulness problem,” Musk said at the summit.

Though formal announcement is planned for later this week on the blog Wait But Why, authored by Tim Urban, the WSJ scooped the story with the help of an inside source. Neuralink proposes to develop a “direct cortical interface” and is reportedly hiring top academics from across the U.S.  Later in the day, Musk confirmed the WSJ story on twitter.

In an interview last year, Musk speculated that an effective brain interface would not require surgical implantation, but rather insertion through veins and arteries that “provide a complete roadway to all of the neurons,” reported NPR.

Musk isn’t the only entrepreneur interested in merging man with machine. The Verge reports that a startup launched by Braintree co-founder Bryan Johnson also is looking into a brain chip that can reverse electrical signals and treat the symptoms of neurodegenerative disorders like Parkinson’s. Stanford scientists recently introduced an “artificial synapse” that may lead to improvements in existing brain-machine interfaces.

Such advances could be life-changing for patients who suffer from neurological disorders, but some experts have expressed their doubts that healthy individuals would be open to the idea of a brain implant.

“People are only going to be amenable to the idea if they have a very serious medical condition they might get help with,” said University of Toronto professor Blake Richards to The Verge. “Most healthy individuals are uncomfortable with the idea of having a doctor crack open their skull.”