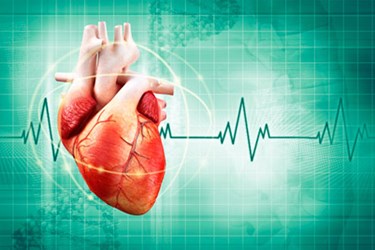 Technologies have been rapidly advancing that will enable researchers to fabricate artificial organs. Generally, researchers focus on one  technology to create these organs, but now a University of Louisville (UL) research team is bringing many technologies together to create hierarchical tissue constructs that may work better than the originals.

Tissue engineering is a rapidly advancing area of biomedical research. The need for replacement organs is underscored by long waiting lists for transplants. The response by government funding agencies and other research efforts has been impressive, but the ability to generate organs on demand remains elusive.

A prime candidate for organ fabrication is the heart, a relatively straight forward organ with some key components and functions. This was key driver in a UL research team’s decision to pursue “bioficial” heart fabrication.

“As far as an organ, the heart is relatively simple,” Stuart Williams, Ph.D. who leads the research program at UL said in a recent article from Medical Design. “It only has five parts to it. The brain, for instance, is probably the most complex human system. Just the electrical transmission system is extremely complex. In the heart, the electrical system has a specific pathway, easily mapped out. What we have been working on is bioprinting the individual parts of the heart.”

Bioprinting, according to the article, is much different than standard 3D printing, as it uses live cells to print living tissue constructs. In addition, it requires the use of a bio-assembly robot. The robot allows for more capabilities than standard additive manufacturing methods.

“It is multiple generations beyond the simple 3-D model printer that extrudes plastic that is then solidified into a model of something. This does a very similar thing but with a few major components added to it,” Williams said in the article. “Our robot actually has the ability to come back and print another layer on top of, or on the bottom of the sensory layer. It is another level of assembly and 3-D printing.”

In addition to building components using the 3D bioprinter, hierarchical structures like the bioficial heart are assembled using collagen glues and other materials, explains the article. Each component may be optimized to correct what appear to be shortcomings in naturally occurring heart.

“With a bioficial heart, we just make it a little better,” Williams explained in the article. “We put in three major coronary vessels instead of just one, so if one fails, the others take over. Build redundancy into it. Also, we want to make this essentially out of all biological components.”

Approaches like this can be implemented for other issues like atherosclerotic plaque buildup and designs that prevent it.

Bioprinting is advancing in other laboratories as well, as living cells are incorporated into increasingly complex structures. While bioprinting is an interesting approach to solve these problems, other more traditional work is being done that uses stem cells to initiate tissue regeneration in the hearts of salamanders.