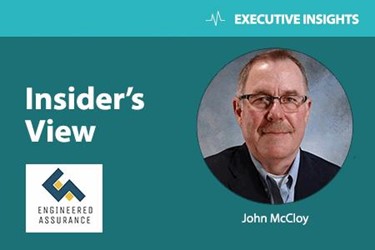 Imagine you are in line to ride what’s being billed as the world’s newest, highest, fastest, scariest, roller coaster. As you’re about to board, you notice a sign boasting a 99percent success rate!  After doing the math, you scratch your head and wonder, “Why are they touting a one-percent failure rate?”  Do you stay the course and board the ride, or head for the comparative safety of the bumper cars?

The Cost Of Failure

While a one percent failure rate is virtually unheard of in most industries, it does, in my professional experience, reflect the current state of the medical implant/device market. As a regular medical conference attendee and active committee member, I often question, along with my colleagues, why the industry seems content with such a rate of failure. Consequently, the medical implant/device industry accounts for some of the most (if not the most) litigated cases in today’s courtrooms, shelling out hundreds of millions of dollars in settlements each year.

Per the U.S. Centers for Disease Control and Prevention, 326,100 total hip replacements were performed in 2010 (the most recent year for which data is available) in the U.S. alone, and it’s estimated that number grew to more than 332,000 in 2016. Because of the failure rate, hip implant manufacturers have been hit with billions of dollars in litigation settlements. When we account for the rest of the world, include other types of implants and devices (knee, shoulder, pacemaker, etc.), and factor in a one-percent failure rate, the price tag is nothing short of jaw-dropping.

Products may be labeled as having failed for any number of reasons: failure to meet price or market share goals, failure to deliver a favorable return on investment, you name it. For our purpose let’s define medical device failure as the inability to meet quality or durability standards. Generally speaking, device failure can be attributed to one or more of the following areas:

Regardless of the cause, when a medical implant or device fails to meet lifecycle standards, the results are product recalls, lost market share, a mountain of insurance claims and, of course, litigation - all of which are costly propositions.  So what’s the answer?

Failure analysis has roots that run deep in mechanical engineering. As a result the process remains critical to nearly all equipment-reliant industries from automotive, and aerospace to oil and gas among others.

When something fails there are a number of questions - and failure analysis provides the answers.  In our roller coaster example, let’s say that the coaster derailed, resulting in injury and, of course, litigation. Failure analysis would be used to pinpoint the cause. Did the brakes fail? Did the operator allow the coaster to exceed safe speeds? Was there a problem with the coaster car or track?

Let’s assume failure analysis determined that a faulty weld compromised a supporting structure, causing a portion of the track to become unstable.  Why did the weld fail?  Were the wrong materials used? Were proper welding techniques followed? Was the weld damaged in shipping, or while erecting the structure? Failure Analysis digs deep to determine exactly where, when, why, and how a product fails.

Within the medical industry, failure analysis is great for understanding why implants and devices fail while addressing questions that are important to the medical community as a whole:

It is important to note that failure analysis requires an open mind. Think of it as detective work, finding and following clues while employing proven tools, methods, best practices, and experience to determine exactly what happened and why. In determining why an implant failed, we must go all the way back to its origin and ask:

In its most basic form, failure analysis has existed since the dawn of mankind, and remains part of each of our lives: Why did my spear fail to penetrate the hide of that wooly mammoth? Why did this unsinkable ship sink? Why isn’t my cell phone working? Fortunately, failure analysis has evolved into a formal process supported by sophisticated engineering, scientific principles, advanced tools, and best practices.

Explant testing (ASTM F561) is the process to surgically recover, thoroughly inspect, test, and analyze a failed part. The approach resembles a detective examining a crime scene: making visual assessments, inspecting for signs of metal fatigue, looking for signs of operator or installation errors, and looking at the overall design of the device.

As previously mentioned, implant failure typically can be attributed to one of two areas: product flaws (design, material selection, and manufacturing) or surgical/installation errors. For example, anchoring bone screws can break, or become weakened and susceptible to breaking, when they are over-torqued during installation. Once the anchoring bone screw is compromised, the device itself will become unstable, or experience premature wear or breakage. However, while surgical errors certainly contribute to the problem, it’s fair to say that the majority of implant failures can be traced to the product itself. This is why explant testing is so important.

Widely used in various phases of the product life cycle, failure modes and effects analysis (FMEA) helps identify potential failures based on experience with similar products, or based on common physics of failure logic. Effects analysis relates to the consequences of failures on different system levels. For example, to what degree might friction between the femoral head and acetabular component (resulting from failure in the plastic liner) shorten the life expectancy of an artificial hip?

Explant testing often employs a process known as positive material identification (PMI). International standards organizations ASTM and ISO have endorsed PMI, and its results are admissible in court. In fact, were I to judge such cases, I would make sure that test labs were accredited to ISO 17025, as this is the highest attainable testing accreditation.

PMI helps to validate the structural integrity of any given implant and consists of the following:

Accessing And Sharing The Data

Information derived from failure analysis is used in a number of ways, from identifying responsible parties to settling litigation and, most importantly, driving the development of next-gen products. Data is fed back to the industry to allow for improvements to design, material choices, manufacturing, or installation procedures. As a result, failure analysis has a measurable impact on product quality, longevity, and success leading to reduced litigation, lower insurance premiums, and increased market share.

Additionally, a simple web search can reveal a wealth of information about documented issues related to implants, information that can go a long way toward helping you avoid others’ costly mistakes.

Manufacturer and User Facility Device Experience (MAUDE) data details specific adverse events associated with medical devices, allowing you to determine where potential problems are likely to be encountered based on similar implants. The reports contain information submitted since the early 1990s. While it’s important to note that some information may be rendered moot due to exemptions and variances, MAUDE reports remain a worthwhile starting point.

Finally, it is recommended that product developers join a professional society and participate in ASTM or ISO subcommittees to stay abreast of industry trends. Here are a few to consider:

Most early implants were designed to achieve a life expectancy of at least 5 million cycles; that’s roughly 7-10 years. Today, implant life expectancy has doubled to 10 million cycles, or about 20 years. Younger folks with implants (tumor, trauma, or congenital reasons) expect much more in terms of product life and performance. This demand means longer testing cycle times, as well as an opportunity for even more thorough testing and more accurate data to drive the development of next-generation products.

I predict that, by 2027, we will see the introduction of biocompatible, non-metallic implants. And again, the first OEM to significantly extend implant life from what it is today will dominate the industry.

A one percent failure rate should be unacceptable in any industry, especially healthcare. More aggressive and smarter testing will, in essence, cut the current failure rate in half. While it’s true that no product or industry can boast 100-percent success, it’s safe to say that a 99.5 percent medical implant success rate is well within reach.

John McCloy is Founder and President of Engineered Assurance, LLC. And the former owner of Accutek Testing Laboratory, a mechanical and metallurgical testing laboratory for clients from the medical, aerospace, and defense industries. Mr. McCloy remains an active member of the American Society of Testing Materials (ASTM), the American Society of Metals (ASM) and the American Welding Society (AWS). Additionally, he maintains numerous industry and scholastic licenses and certifications including PE, CWI and MBA. He attends the annual American Academy of Orthopedic Surgeons meetings and is a voting member on the following ASTM subcommittees: