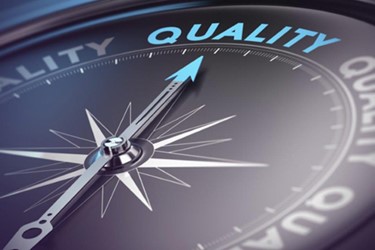 The FDA launched its Case for Quality initiative in 2011 following an in-depth review of device quality data, as well as feedback from inside the agency and from industry stakeholders. The FDA's analysis identified certain widespread or common manufacturing risks that negatively impact product quality. The review also showed that manufacturers who focus on managing those risks often become more productive, receive fewer complaints and CAPAs, and experience lower quality-related product costs than their competitors.

The Case for Quality program will help the FDA identify device manufacturers that consistently produce high-quality devices. By doing so, the agency can better focus its resources, helping other manufacturers raise their quality level. This program will enable the FDA to identify and promote best practices for quality manufacturing, and to align its regulatory, enforcement, and compliance approaches with those practices.

This all sounds good, but it requires a huge shift in the mindset of the regulatory compliance process. I wrote an article last year — Routine Inspections: Lower The Boom On The Backroom — advocating change in the process of having multi-tiered review mechanisms within medical device companies during routine inspections. My opinion met significant opposition in comments from readers. One comment referred to FDA inspectors as “enforcers,” while another respondent indicated an FDA inspector had shared that her District Director judged her based on how successful she was at finding and exposing problems. This is a small sample size but, with this sentiment in existence at any level in the industry, how do we get to a model of collaboration to make the FDA’s Case for Quality work?

“If you’re talking about wanting to do the best we can, and doing the right things, the idea of having a front-room/back-room should go away. Now, that being said, I understand, and we have to really acknowledge, that it’s been decades of one type of engagement, [which] does often times lead to something that is an enforcement action. It doesn’t matter how well-intentioned anybody is or how much they want to improve. There is still that element guiding the situation,” said Vicenty.

“We needed to find out — in the Case For Quality Program in particular — how to get that enforcement fear out of the equation, so we could avoid the front-room/back-room concept and drive improvement. One of the fundamental pieces of the pilot program when you begin is a baseline compliance inspection. At that point in time, we know the base quality system is compliant, meets the regulatory standards, and has been implemented,” Vicenty explained. “The next stage is to determine if the quality system is working as intended, and see if there are ways to make it better. That doesn’t necessarily come out when you are in the situation of front-room/back-room, and a company is looking to protect itself from any potential enforcement action.”

Vicenty noted that several medical device companies currently participating in the Case for Quality program will soon have reviews of their programs. He expects these companies will share that it was a bit of a culture shock for them to go through. But, it gets better once they get past that initial hurdle, and they understand what is being looked for isn’t a perfect dashboard with all “green” indicators; rather, the expectation is a colorful dashboard with green, yellow, and red indicators — helping the company identify opportunities to make improvements.

“These opportunities make things better for the company from a business standpoint, and will result in improvements for patients and care-givers. The Case for Quality is about making things better,” Vincenty concluded.

But is it possible to change decades of increasingly defensive inspection posture on the part of medical device companies? I reached out to Jake O’Donnell — currently a Compliance Principal with Regulatory & Quality Solutions, who previously served the medical device industry as a Consumer Safety Officer (FDA Inspector) for over 20 years — for his thoughts about the current inspection dynamic, as well as its potential impact on Case for Quality’s success.

“My personal view is, early in my career with FDA, when I encountered those multi-tiered review mechanisms, in responding to any data requests during an inspection, I was put off by them. It slowed down the inspection process and it is only human nature to become suspicious when someone else is being so careful,” O’Donnell said. “It’s easy for a neophyte to think, ‘Why are they so nervous?’ and react that way, but my perspective evolved over the years. After hearing various enforcement horror stories and investigator horror stories from industry, I became much more sympathetic toward the industry and their perceived need to have those checks and balances in their response mechanisms.”

“It’s sort of true that you’re being prosecuted in real-time during an inspection. Investigators are part of the regulatory business. FDA’s products are enforcement actions, like warning letters and consent decrees, so they’re happy when they get one. You know, I got a lot of pats on the back over the years, but never did I get a pat on the back for a no-action-indicated (NAI) inspection — even though some of the best inspections I’ve ever done were NAI inspections,” O’Donnell continued. “But no one probably reads those reports. So, I understand the perception of companies needing to protect themselves, though it is somewhat counterproductive to the process. It doesn’t speak well for the potential collaboration of medical device firms and the agency.”

O’Donnell observed that, as he built relationships with medical device companies over multiple years of inspection, they became more comfortable with him and trusted him to record his observations clearly, and with the appropriate context in his reports. He also talked about investigators taking the most conservative approach or restrictive interpretation when they don’t have confidence in their own understanding of a technical issue.

“There are investigators who shouldn’t be doing the job. It’s rare, and I think it’s getting rarer, but the impact of a bad inspection on a medical device firm and people individually can be huge — both financially for the firm, and people can lose their jobs,” he clarified.

O’Donnell then shared his vision for an improved process for monitoring medical device companies in the field.

“If I was the FDA commissioner tomorrow, I would endorse routine reliance on ISO-13485 certifications and use recent post-market surveillance data to do risk-based inspections. I would envision a smaller group of device investigators within FDA, instead of the hundreds they have now. I envision something on the order of 30, and I would use them like tiger teams. I would look for signals in the post-market data, or something new and significantly risky in the approval stream, to send highly-qualified inspection teams to those sites on a risk basis only,” he mused.

“I would like to see the FDA get out of the routine inspection business, rely on third-party certifications to third-party standards, but have a highly-skilled, portable team they could send out. I would envision they would have, for example, an interventional cardiovascular team — investigators that did one family of products, so they would be able to develop a context and recognize best practices within a product niche,” O’Donnell explained. “It’s a really difficult job to apply the Quality System Regulation or the standards to a device manufacturer when you’re not familiar with their product line, or best practices within their industry. I think a lot of the fear associated with inappropriate outcomes, which resulted in a five-layer back room or a reluctance to share with FDA, would go away with highly-focused, highly-skilled investigators in fewer numbers.”

Hearing O’Donnell’s thoughtful approach toward improving the inspection process at the FDA made me want to run for the U.S. Senate, just so I could help confirm O’Donnell’s nomination to be the next Commissioner of the FDA when Commissioner Gottlieb is ready to move on.