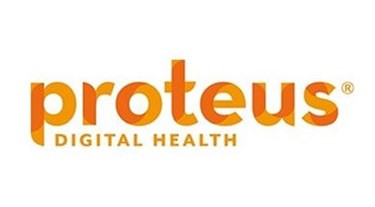 The U.S. Food and Drug Administration (FDA) has approved use of an ingestible sensor as an aid to measure medication adherence. Developed by Proteus Digital Health, Inc., the device reportedly is the first approved by the FDA for that specific indication.

“We are delighted that our collaborative work with the FDA continues to enable positive progress,” said Dr. George Savage, Proteus co-founder and CMO, in a press release. “We believe that ingestible devices have the potential to speed clinical trials and improve the real-world effectiveness of medicines in community settings.”

According to Proteus, 50 percent of patients do not follow their prescribed medication regimen, leading to worsening of chronic conditions and increasing healthcare costs that total $100 billion to $300 billion annually in the U.S. Proteus says it is addressing this problem through digital medicine — ingestible sensors embedded in smart pills that transmit data to skin-worn receiver patches and smartphones.

"When used with a medication, the Proteus Ingestible Sensor marks actual intake time, a quantifiable event that has allowed regulators to grant the expanded indication to the company. The Ingestible Sensor was approved by the FDA in 2012 and communicates with an adhesive patch, worn on the torso. The Proteus Patch records time of ingestion along with steps, rest and heart rate, and communicates to a mobile app via Bluetooth," states the company release.

As described in a study published in the journal IEEE Transactions on Biomedical Engineering, the ingestible sensor is "the first instance of a microfabricated integrated circuit developed and approved for daily ingestion by patients." When patients ingest pills embedded with the tiny sensors, thin layers of magnesium, copper, and gold inside the circuit react with gastric fluid and trigger an electrochemical reaction that powers the sensor. The sensor then transmits a digital code containing the type of medication, dosage, and time of ingestion to the patch worn by the patient. This data is correlated with other biometric information measured separately by the patch, such as heart rate, respiration, and sleep activity. The patch then sends the combined data to a smartphone app via Bluetooth.

According to the study, in order to test the system's safety and performance, a series of clinical studies have been performed since 2008, comprising more than 20,993 device ingestions in healthy patients, as well as patients with hypertension, heart failure, diabetes mellitus, tuberculosis, bipolar affective disorder, and schizophrenia. Proteus claims the sensor recorded ingestion events with 99.1 percent accuracy, and 100 percent correct identification of the type and dose of the drug taken. No serious adverse events (SAEs) or unanticipated adverse device effects (UADEs) were recorded.

Proteus claims that, by directly measuring ingestion events, its sensors can provide clinicians with a patient's pattern of adherence to oral medication therapy regimens and provide a baseline for possible behavior modification.

Gaining FDA clearance for a device claiming to measure medication adherence is a milestone for Proteus, which is considered a first-mover in the nascent — but promising — smart pills market and is one of the most-funded private digital health companies. However, the company already is looking beyond merely tracking ingestion events and improving medication adherence.

"By modifying the amount of active material on the device, applying suitable coatings, and using triangulation methods, the device can be adapted to activate and sense in specific parts of the GI tract," stated the study findings. In the future, ingestible sensors can also measure gastric pH, hydration, and fat content. "Finally, the availability of a proven and safe ingestible integrated circuit can enable a new generation of ‘smart’ drug delivery dose forms, with the ability to generate very specialized drug release profiles, target specific locations, and respond to local sensing events."