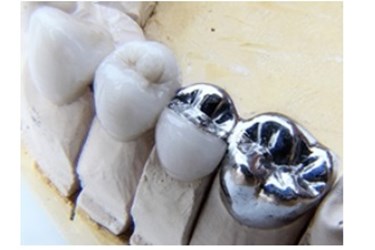 One of the first investors in Neocis was serial entrepreneur Fred Moll, who co-founded Intuitive Surgical, makers of the da Vinci robotic system. Mozes had an early hand in the development of several robotic surgery startups, including MAKO Surgical, which was acquired by Stryker in 2013. Miami Herald reports that Neocis is Mozes’ own brainchild, which he co-founded with Juan Salcedo, to address an unmet need in the growing dental implant market.

The Yomi system provides guidance both physically and visually to execute a planned procedure quickly and efficiently, Mozes told Miami Herald in 2015. Dental surgeons plan their procedures ahead of time, and a robot guides the drill into place while the surgeon watches on a large screen.  If needed, the software allows the surgeon to change the plan mid-surgery and the assistive technology leaves the surgeon in control at all times.

“Yomi is a precision instrument that makes sure your implant goes exactly where you planned to put it,” said Jeffrey Ganeles, periodontist at South Florida Center for Periodontics and Implant Dentistry, in a recent press release.  “I’ve done thousands of implants free-hand. Yomi will be a game changer for dental implant surgery.”

Mozes added that the FDA approval was an “important milestone” for the startup, and the next step will be introducing the system to dentists nationwide to demonstrate its benefits.

The American Academy of Implant Dentistry estimates that 10 percent of American dentists perform dental implant surgery for approximately three million patients per year — a number that is rapidly expanding. The global market for dental implants is expected to reach $7.8 billion by 2020, driven by aging populations and better awareness of the importance of dental health, stated a recent report.

As technology advances, robotic components to surgical procedures are gaining wider acceptance, with an annual U.S. procedure volume surpassing 500,000 since 2015. Many medtech players — including Johnson & Johnson, Verily, Medtronic, and Stryker — have made recent investments in the market.

Xi Chen, an analyst for Decision Resources Group, commented in an MDO guest column that robotic surgery is here to “stay, grow, and evolve,” but the burden of proving robotic surgery’s lasting value through better training, cost effectiveness, and the collection of outcomes data falls to the medical device industry.