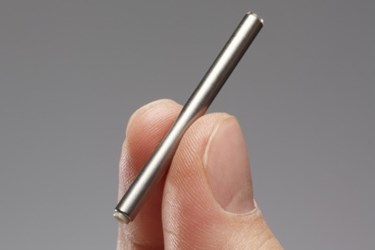 FDA is considering a new drug application (NDA) from biopharmaceutical company Intarcia Therapeutics for ITCA 650, an investigational therapy for type II diabetes that uses an implanted mini-pump to continuously release the drug. Intarcia CEO Kurt Graves commented that the disruptive technology, if approved, would be the first and only injection free glucagon-like peptide-1 (GLP-1) receptor agonist therapy.

The global population of patients with type II diabetes is steadily increasing. In 2011, an estimated 366 million people worldwide had diabetes, and that population is expected to double by 2030. Despite the condition’s prevalence, a recent study published in Diabetes Therapy states that more than 50 percent of patients fail to successfully manage their glucose levels. Authors of the study posit that the regularity and complexity of medication dosing contributes to therapy non-adherence.

Traditional type II diabetes therapy consists of daily medication and possibly injections, but the injection-free therapy developed by Intarcia would require implants once or twice per year. Intarcia, based in Boston, signed a $1 billion licensing deal with French pharmaceutical company Servier in 2014 to co-develop ITCA 650 with Intarcia’s proprietary Medici Drug Delivery System (MDDS). Over the past year, the two companies have invested in a global R&D effort. In total, Intarcia has launched four phase three clinical studies, investigating the therapy in over 5,000 trial participants in 30 countries.

The MDDS platform can stabilize certain biologics for up to 3 years, according to the company website, and is Intarcia’s key to developing long-term therapies for chronic conditions. The device is approximately the size of a matchstick and only needs replaced once or twice per year.

“We’re bringing a Renaissance in the delivery of medicine for chronic diseases,” said Graves in a statement following a successful effort to raise $215 million in venture capital funding in September. “We’re trying to open up a whole new platform for delivering these medicines by taking the problem of non-compliance off the table.”

Graves commented that the NDA is a “big step” towards the first commercial launch for Intarcia and the company’s plan to “disrupt the way society currently thinks about trying to control chronic diseases.”

Transparency Market Research estimates that the market for drug-device combinations is expected to reach $115.1 billion by 2019, and last year, the U.S. Senate introduced a bill that would streamline the regulatory process for combination products.

“Approximately one-third of all medical products under development today are combination products,” said Michael Drues, president of Vascular Sciences, in an MDO guest column. “This is clearly an area of rapid growth and great opportunity for medical device makers.”