FDA Delays Final Rule On Off-Label Promotion By One Year 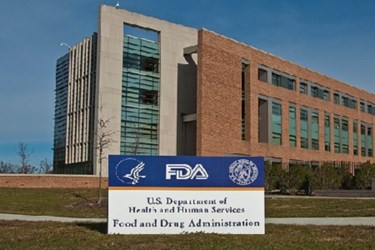 The U.S. Food and Drug Administration (FDA) is suspending the effectivity of its final rule on off-label promotion for another year.

Released in January, the final rule regulates how drug and medical device manufacturers discuss off-label uses for their products with healthcare providers. FDA and industry have sparred over the rule, which includes sanctions that range from civil liability to criminal prosecution for erring companies that promote off-label indications unapproved by the FDA.

FDA says misleading information could do more harm than good, and that looser restrictions would make manufacturers less inclined to conduct scientifically-sound clinical studies. Companies say restrictions on disseminating information violate their First Amendment rights and will "chill innovation," and thus had requested FDA delay the final rule’s effectivity date. The agency agreed to delay it until March 21, 2017.

Now, through a notice published in the Federal Register, FDA says it is further delaying the effective date from March 21, 2017 to March 19, 2018, in order to fully evaluate further input, pertinent information, and stakeholder comments "regarding any aspect of the final rule, or with respect to issues relating to ‘intended uses’ generally."

FDA says all public comments must be received by May 19, 2017, reports Reuters.

In February, three industry groups, the Pharmaceutical Research and Manufacturers of America (PhRMA), the Biotechnology Innovation Organization (BIO), and the Medical Information Working Group (MIWG), submitted a joint petition to FDA challenging the final rule on intended use, according to Bloomberg BNA.

Petitioners asked that the final rule be stayed indefinitely and reconsidered based on two reasons: that the final rule was made in violation of the fair notice requirement under the Administrative Procedure Act (APA), and that the phrase "totality of the evidence" in the final rule is a new and unsupported legal standard. They also say they were not given due notice of the revision and ample opportunity to comment.

"As PhRMA’s joint petition stated, the final rule contained significant changes from the proposal which raised serious concerns, including the potential to chill valuable scientific speech. Allowing stakeholders to comment on these significant changes, and the final rule more broadly, will help the Agency fully consider the legal and policy implications of the final rule," PhRMA’s executive VP and general counsel, James Stansel, told Bloomberg BNA.

The Advanced Medical Technology Association (AdvaMed) also welcomed FDA's decision to delay the final rule until all contentious provisions and language are resolved.

"Along with many other stakeholders, we believe the final rule should be disregarded as provisions added late in the process to the final rule are expansive, unwarranted, and raise interpretational issues," Khatereh Calleja, AdvaMed’s senior VP for technology & regulatory affairs, told Bloomberg BNA. "Specifically, the totality standard set out in the final rule is inconsistent with the long recognized definition of intended use and creates substantial uncertainty for manufacturers."