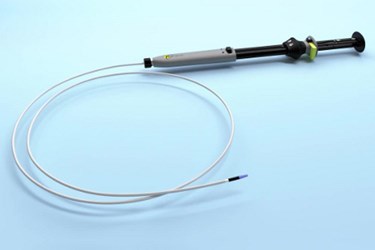 The FDA has issued final reclassification orders for several devices, moving them to a less stringent Class II with control category.

The first, at the request of Xlumena for its pancreatic drainage stents AXIOS, was originally requested back in February 2013. Then, the manufacturer asked the FDA to ease regulation for its AXIOS stent and delivery system, according to a Federal Register notice published Thursday.

Following a review, the FDA agreed that Class II special controls, in addition to other general controls, would be sufficient to ensure that new devices are safe and effective, thus taking pancreatic stents off of the more-stringent premarket approval (PMA) process.

Both the special and general controls include:

For reasons similar to Xlumena’s stents, the FDA also downgraded two other devices: nucleic acid-based in vitro diagnostic devices for the detection of Mycobacterium tuberculosis complex in respiratory specimens, as well as dengue virus serological reagents, used in the clinical laboratory diagnosis of dengue fever or dengue hemorrhagic fever caused by the dengue virus.

To sate earlier concerns for both the diagnostic and reagent devices, labeling will be included on the devices warning of false positive and false negative tests. More specifically, additional labeling warnings will be included for risks of tuberculosis infections to healthcare workers handling specimens, as well as errors for interpretation errors for the reagent devices, respectively.