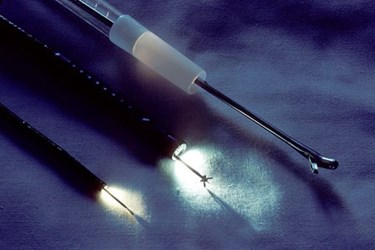 Following a string of bacteria outbreaks linked to medical equipment earlier this year, the U.S. Food and Drug Administration (FDA) has released a statement outlining what measures hospitals can take to improve existing methods of cleaning duodenoscopes to better ensure patient safety. The FDA acknowledged that not all hospitals may be able to afford implementation of each suggestion, but said it is working with device manufacturers to design equipment with easier-to-clean components.

Duodenoscopes are used commonly in endoscopic retrograde cholangiopancreatography (ERCP) procedures, and the FDA estimates that over 660,000 ERCP procedures are performed each year.  According to the agency, existing equipment is full of microscopic crevices and small working parts that can transfer infection from patient to patient.

In February, UCLA Health System notified 179 patients who had undergone endoscopic procedures late last year that they may have come into contact with carbapenem-resistant Enterobacteriaceae (CRE).  Despite following manufacturer instructions, the hospital discovered that two of its duodenoscopes were infected. UCLA reports that it now has completely overhauled its sterilization protocol to become one of the strictest protocols in the country.

According to NBC News, the outbreak at UCLA was part of a growing trend of CRE outbreaks, which jumped from 27 cases between 2009 and 2012, to 69 occurrences in 2014 alone. These trends prompted the CDC to release an Interim Duodenoscope Surveillance Protocol in March.

The growing prevalence of antibiotic-resistant bacteria, combined with a host of medical devices of increasingly complex design, represents a challenge for hospitals who want to keep the latest equipment sterile and safe.

The FDA convened with an outside panel of experts, and the agency’s most recent statement reflects its findings and suggestions on how to improve upon manufacturer cleaning instructions, adding a few extra steps to clean the equipment more thoroughly.

The FDA warned that these processes are expensive and time-consuming, and remarked that not all hospitals could afford more than one duodenoscope (each costs approximately $40,000), which would allow that hospital to rotate equipment to keep up with scheduled procedures while maintaining recommended sterilization standards.

Nancy Foster, American Hospital Association (AHA) VP of quality and patient safety policy, told Reuters “Individual hospitals should assess the rigor of the cleansing procedures for the scopes they use and the additional advice in the FDA guidelines to determine what would work best in their organization.”

In a Med Device Online guest column published in April, Michael Drues, president of Vascular Sciences, called on device manufacturers to “design for reprocessing” and make sterilization considerations part of the early stages of product development.

The FDA told NBC News that there are a number of options device developers could consider to implement in future designs, such as disposable components and easier-to-clean materials.