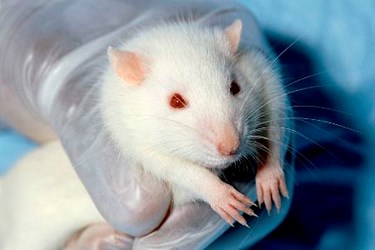 The FDA has published a draft guidance outlining recommended industry practices and procedures when conducting and reporting animal studies for medical devices. This latest guidance, open for public comment for the next 90 days, was released just after a University of Edinburgh (UE) paper that suggested researchers are not doing enough to remove potential bias from animal testing, which may be compromising the validity of their findings.

In the first phases of drug or device development, researchers test their products on animal systems to evaluate potential safety concerns or to establish proof-of-concept in a living system.  Flawed or biased animal testing — intentional or not — misrepresents the research’s findings, which can lead to failed clinical trials conducted with human participants and huge losses of money and time.

A team of UE researchers led by Malcom Macleod surveyed thousands of peer-reviewed animal studies and found that a large portion of authors were not doing their due diligence to ensure good research practice. The researchers’ findings, published in PLOS Biology, indicated that two-thirds of animal studies conducted in the U.K. had questionable validity due to poor research design.

“We could clearly be doing a lot better,” Macleod told The Guardian. “If we do better, our science will become more robust in terms of our results being translatable into new treatments for disease.”

Some of Macleod’s chief concerns were studies that did not randomize animals into control and treatment groups, blindly assessed animal health at conclusion of treatments, failed to keep records on animals removed from the studies, or did not justify the size of their sample groups.

As part of a balanced research design, the FDA recommends applications for investigational device exemption (IDE), 510(k) premarket notification, and premarket approval (PMA) include materials that provide rationale for the study model selected, the study methodology, similarity to human models, and proof of impartiality when reporting results.

Manufacturers interested in the agency’s input before embarking on an animal study may request a pre-submission meeting, where agency staff will review the research design and study rationale. The Emergo Group notes that the same “pre-sub” program is already in place for IDE applicants.

When finalized, the FDA guidance will replace the “Guidance for Industry and FDA Staff: General Considerations for Animal Studies for Cardiovascular Devices,” which was published in July 2010.

Scientists are working to develop a number of alternatives to animal testing, such as lab-on-a-chip technology and computer algorithms, but most experts agree that animals provide an invaluable contribution to preclinical research that no current technology can replace.

As stated by Dale M. Cooper, Director of Clinical Medicine at MPI Research, in a recent MDO column on the topic, “Establishing [humane endpoints] takes time and careful effort — more collaboration, more pre-trial analysis and more monitoring and use of technology. But the outcome is worthwhile in terms of better data, better decisions, and better treatment of study animals.”