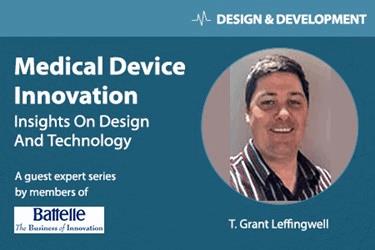 The new guidance on human factors requirements, issued by the FDA in February, answers some long-standing questions for the industry and raises a few new ones. What are the biggest changes and what do they mean for medical device manufacturers? Here’s a closer look at what’s new, what’s the same, and what manufacturers should be doing now.

Applying Human Factors and Usability Engineering to Medical Devices, issued Feb. 3, 2016, updates the draft guidance the industry has been operating under since 2011. It provides a detailed framework for how manufacturers should incorporate human factors (HF) engineering into medical device development, in both to increase patient and user safety and to minimize the potential for use error. It also clarifies expectations for HF validation testing for premarket submissions.

While the document leaves the basic framework for HF engineering and testing intact from the draft version, there are a few changes that device manufacturers should be aware of:

New term definitions — The new document formally defines some key terms that were left vague in the draft version. One of the most important is the term “critical task.” Under the new guidance, a critical task is defined as “a user task which, if performed incorrectly or not performed at all, would or could cause serious harm to the patient or user, where harm is defined to include compromised medical care.” This definition goes a long way toward clarifying which tasks are considered critical, and must therefore be part of the risk analysis process and subsequent HF validation testing.

Removal of probability from risk analysis — Previously, manufacturers have considered both the severity and the probability of a use error’s occurrence when deciding whether the design needed to include mitigations that would prevent the error. However, the final guidance suggests that severity alone will now be used to determine risk.

The new guidance states “because probability is very difficult to determine for use errors, and in fact many use errors cannot be anticipated until device use is simulated and observed, the severity of the potential harm is more meaningful for determining the need to eliminate (design out) or reduce resulting harm. If the results of risk analysis indicate that use errors could cause serious harm to the patient or the device user, then the manufacturer should apply appropriate human factors or usability engineering processes according to this guidance document.”

In other words, CDRH seems to be indicating that the severity of a given error’s harm alone should now be used to determine whether mitigating human factors engineering is required, regardless of how unlikely the error would appear to be.

Changes to HF report outline — There is a new, 8-section outline of the final HFE/UE report. Manufacturers should use the new outline for future submissions.

Changes to the conclusion language — While most of the changes to the HF report outline are minor, changes in the language of the conclusion section may be more significant. The conclusion language required in the draft guidance simply stated that the product had been found “adequately” safe and effective for use. The statement in the new guidance, however, is much more black-and-white: Device makers must be able to say “this device has been found to be safe and effective.”

This suggests that data gathered during HF testing may need to meet higher standards of rigor and defensibility than manufacturers have needed to follow in the past. This may raise a lot of questions from manufacturers who are used to proving “substantial equivalence,” in which a product simply has to be proven to be as safe and effective as other, similar products, already approved and on the market.

Defining highest priority devices — The draft guidance left some manufacturers wondering which devices needed HF data as part of the premarket submission. In order to alleviate some of the confusion, the FDA has issued a companion document, List of Highest Priority Devices for Human Factors Review. This draft guidance provides a list of the types of devices for which the FDA will expect to see either (1) a human factors report and data, or (2) a detailed rationale that supports the manufacturer’s claim that HF data are not necessary.

The list includes 16 high-priority devices, including ablation machines, auto-injectors, infusion pumps, and ventilators. For devices not on the list, the need for HF data will still be determined on a case-by-case basis; the draft guidance states “submissions for device types not on the list above should contain human factors data if analysis of risk indicates that users performing tasks incorrectly or failing to perform tasks could result in serious harm.”

FDA also reserves the right to require HF data in special cases, including but not limited to interface modifications, different end users, recalls or adverse event reports, and device modifications. Manufacturers of devices not on the list would still be advised to consult with the FDA prior to submission, to clarify whether their device meets the threshold for “serious harm” in the event of a use error.

The final guidance reinforces the FDA’s focus on human factors and usability engineering. In one sense, the guidance offers little in the way of new recommendations for manufacturers. Manufacturers must still conduct risk analysis and risk management based on identification of the users, critical tasks, and the potential for harm (to the patient or the user) if the device is not used correctly. However, the changes above suggest that manufacturers should be prepared to meet higher expectations for rigor and defensibility in their validation testing, and to broaden their design risk mitigation strategy to account for very low-probability events.

The best way to ensure that there are no surprises in the final premarket submission process is to build human factors engineering and human-centric design (HCD) into the device development process from the very start. Not coincidentally, this is also the best way for manufacturers to reduce risks, minimize development costs, and maximize market acceptance for their products.

A truly human-centric design process goes beyond safety and efficacy and looks at how the device will be received by its intended users, how it fits into their lifestyle or workflow, and the different ways (intended or unintended) in which users interact with the device. By incorporating HCD methodologies throughout development, manufacturers can prevent missteps that would require costly and time-consuming changes later in the development process. They can also increase the odds that their product will be accepted by end users and remain competitive in the market — considerations that are every bit as important as meeting FDA requirements.

T. Grant Leffingwell is a principal research scientist and a certified usability analyst at Battelle. He supports human factors (HF) research and development programs for healthcare, government, and commercial industries.