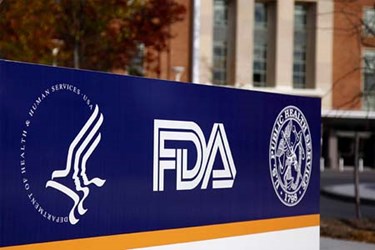 The U.S. Food and Drug Administration (FDA) has approved ExAblate Neuro, the first MRI-guided focused ultrasound device for the treatment of essential tremor in patients who have not responded well to conventional treatment.

Essential tremor is a neurological disorder characterized by involuntary shaking, and is typically treated with medications such as beta blockers and anticonvulsants, as well as physical therapy. Patients who do not respond to drugs have the option of receiving neurostimulator implants that transmit electrical pulses to the thalamus structure of the brain to control tremors. Established companies such as Medtronic and St. Jude make deep brain stimulation (DBS) devices to treat this relatively common condition. Patients with uncontrollable and refractory shaking could also undergo brain surgery called a thalatomy to destroy the thalamus, which is involved in the mechanism of the tremors.

InSightec's ExAblate Neuro device is a minimally-invasive alternative, which uses magnetic resonance imaging (MRI) to deliver focused ultrasound to precisely destroy target brain tissue. The MRI scanner takes images to identify the target area in the thalamus, and then the device emits focused ultrasound energy to the area with incremental increases until the patient experiences less tremors. Patients remain awake and responsive for the whole duration of treatment.

“Patients with essential tremor who have not seen improvement with medication now have a new treatment option that could help them to avoid more invasive surgical treatments,” said Carlos Peña, Ph.D., M.S., director of the division of neurological and physical medicine devices in the FDA’s Center for Devices and Radiological Health (CDRH), in a press release. “As with other treatments for essential tremor, this new device is not a cure but could help patients enjoy a better quality of life.”

Up to seven million Americans over the age of 40 are known to have essential tremor, according to the National Institute of Neurological Disorders and Stroke.

FDA said adverse events associated with the ExAblate Neuro device were comparable to those for thalatomy surgery, including numbness/tingling of the fingers, headache, imbalance/unsteadiness, loss of control of body movements (ataxia) or gait disturbance. Other side effects, possibly related to focused ultrasound, include tissue damage, hemorrhage, skin burns, scar formation and blood clots.

The device is contraindicated in people who cannot have an MRI (including non-MRI-compatible pacemakers), pregnant women, and those with advanced kidney disease, heart disease or high blood pressure, reports HealthDay.