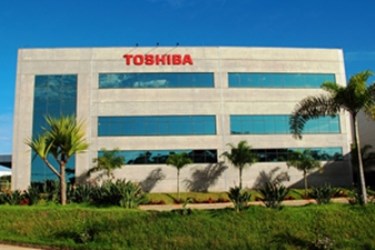 Several technology companies and investment firms are reportedly gearing up for a potential bidding war for Toshiba Medical Systems Corporation (TMSC) after its parent company announced late last month that the imaging unit was up for sale.

Fujifilm, Sony, Samsung, Canon, Hitachi, and GE Healthcare are among the companies that plan to submit bids in an auction being prepared by Toshiba to be held as early as this week, according to the Nikkei Asian Review. Fund investors – in particular, U.S.-based Kohlberg Kravis Roberts – also are expected to submit offers in the first round of bidding. A second bidding round for a narrowed pool of two or three candidates will follow, with the winning bid to be declared in March.

TMSC president and CEO Toshio Takiguchi writes in a message posted in the company website, "The business environment of the healthcare industry is changing rapidly, with many technological innovations and significant expansion in new business areas. To keep up with these changes, we will execute our businesses plans in a timely manner to realize our management slogan, ‘Made for Life.’”

Toshiba last month formally invited outside investors to buy the majority stake in its medical imaging unit as part of a revitalization plan for the embattled Japanese company. According to the Chicago Tribune, Toshiba prefers Japanese companies to buy its stake because the Japanese government is touting medical equipment development as a growth industry.

Of the group of potential bidders, Fujifilm could be one of the frontrunners. Citing the Japanese newspaper Yomiuri Shimbun, the Tribune reports that "Fujifilm will be able to expect a synergistic effect through the acquisition," because its current business units have little overlap with those of Toshiba Medical's.

Due to the continuing decline in the consumer photographic imaging market, Fujifilm is said to be expanding into the development of medical equipment, such as X-ray imaging systems and endoscopes, and buying TMSC could help Fujifilm successfully pivot into the medical sector.

TMSC leads the Japanese market (30 percent) for computed tomography (CT), magnetic resonance imaging (MRI), and other imaging solutions, and is the number four player globally (10 percent), according to the Nikkei Asian Review. It is Toshiba's sole mainline business to report an operating profit.

Other Japanese firms struggling to cope with a stagnant market for consumer electronic products have strengthened their expansion into the medical device and equipment segment in recent years. For instance, in 2013, Sony established a joint venture with fellow Japanese company Olympus, called Sony Olympus Medical Solutions Inc., to manufacture surgical endoscopes and other devices. Meanwhile, camera giant Canon has established an R&D facility in Massachusetts to develop biomedical optical imaging technologies.