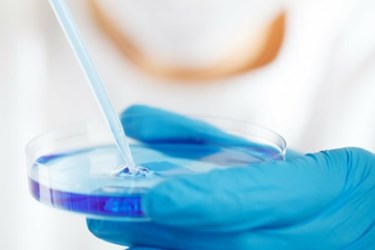 Taking stem cells normally found in the small intestine, researchers grew a tissue-engineered version that replicates many of the functions seen in normal intestinal tissue. The Children’s Hospital Los Angeles team was able to show that the new tissue contained mucosal lining, supported structures, and had the ability to absorb nutrients. Eventually, it may help children with intestines that have been congenitally malformed.

A major cause of intestinal failure in newborns is called short bowel syndrome. It is particularly prevalent in premature babies and other newborns with congenital intestinal problems, where the intestines fail to fully develop. Intestinal transplantation is currently the standard of care, but it suffers from donor shortages. Even when successful, transplantation requires the patient to take immunosuppressive medications for the rest of his or her life.

In an effort to develop an alternative that could be provided on-demand, a research team from Children’s Hospital Los Angeles developed a new alternative, according to a recent press release. They have developed what they call the tissue-engineered small intestine (TESI), which they hope will assist in filling the need for small intestinal tissue. Currently, about 24.5 out of 100,000 babies born will experience intestinal failure, and approximately one third of them die within five years.

Samples of TESI have been created from mice cells and human cells, according to a study published by the team in the American Journal of Physiology, Gastrointestinal and Liver Physiology. TESI samples were implanted into genetically identical mice, or in the case of the human TESI tissue, immunodeficient mice. After four weeks of incubation in the animal, the specimens were either examined histologically or tested for function. An epithelium grew appropriately on the surface of the organ’s lumen, and supporting tissues structures like muscles and stem/progenitor cells were also present. Additionally, the characteristic histological structures, like microvilli and functional brush borders, were also present.

This step forward may one day help patients experiencing intestinal failure. Currently, the TESI has more complexity than any other model that could be used to study intestinal failure. The fully functional aspect of the engineered solution is a key requirement in the march toward a clinical treatment.

Progress toward fully functioning tissue regeneration is a significant focus on many fronts. Growing replacement organs from cells in the lab is considered a “holy grail” of regenerative medicine. Recently, major progress was made when a fully functioning thymus was implanted into mice.