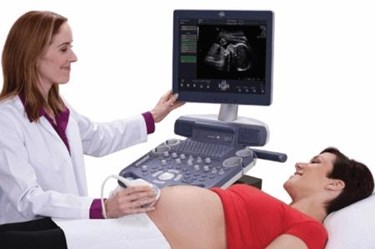 GE Healthcare will renew its partnership with SonoSim, developer of a system that trains clinicians in the use of ultrasound using mannequins and cases simulated from real patients. The collaboration will expand to include GE’s Women’s Health and Urology divisions, and work to accelerate adoption of point-of-care ultrasound technology.

GE Healthcare originally inked an agreement with SonoSim in 2015 to broaden the adoption of bedside ultrasound technology. Though an effective tool in a broad range of diagnostic applications, the technology lacks effective training methods, which inhibits its widespread point-of-care use, said Derek McLeish, president of SonoSim, in a press release.

“OB-GYN ultrasound is a complex, operator-dependent modality, meaning the skills and outcome are dependent on the training of the operator performing the ultrasound exam,” said Alfred Abuhamad, Eastern Virginia  Medical School Department of Obstetrics and Gynecology, adding that he’d never seen a better ultrasound training platform in 25 years of practice.

“As early adopters of point-of-care ultrasonography, obstetricians and gynecologists can use SonoSim 365 for GE to improve their ultrasound proficiency while reducing skill decay,” said Dan Katz, VP of business development at SonoSim.

GE Healthcare recently invested $13 million to help build a more sustainable and modernized healthcare system in Kenya by building the GE Healthcare Skills and Training Institute, which will educate healthcare professionals in the use of the latest technology. This commitment builds on a 2015 agreement, wherein GE inked a long-term managed service plan that would allow the Kenyan Ministry of Health to finance a long-term transformation of its healthcare system.  In a statement, GE Healthcare committed to training over 10,000 clinicians across East Africa by 2020.