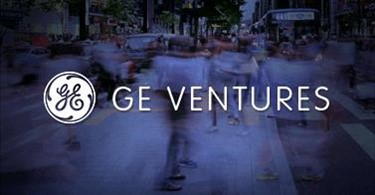 GE Ventures and Northwell Health's Feinstein Institute for Medical Research (FIMR) have entered into a "strategic alliance" to co-develop bioelectronic devices for the treatment of nervous system-mediated acute and chronic diseases. The pact extends years of continuing R&D collaboration between GE and Feinstein's Center for Bioelectronic Medicine (CBEM).

Northwell Health, New York State's largest health care provider, already has invested $75 million in bioelectronics R&D at Feinstein's CBEM, whose research in the field dates back three decades. An undisclosed amount of new investment will help the center "support and advance basic and applied research and development as well as clinical development, and the advancement of systems and materials to support the application of new technologies."

Scientists at GE's Global Research Center in Niskayuna, in upstate New York, for years have worked with the Feinstein Institute, in Manhasset on Long Island, on groundbreaking research on bioelectronic medicine, which was pioneered by Feinstein's director and CEO Dr. Kevin J. Tracey, discoverer of the inflammatory reflex – the natural mechanism by which the central nervous system regulates the immune system.

"The key to successful research is strong collaboration, something we have enjoyed with GE for many years," said Tracey in a news release. "We are building on that strong foundation to expand the Center for Bioelectronic Medicine. Our field is growing rapidly. It is only a matter of time before we can bring new therapies from the laboratory work bench to the patient's bedside. Our partnership with GE now quickens the pace and brings the promise of our research and experiments closer to being fully realized."

“GE’s collaboration with the Feinstein Institute brings critical mass to our efforts in terms of resources, know-how and partnerships,” said Chad Bouton, a brain-wave expert who was named 2010 Battelle Inventor of the Year, and director of the Feinstein Institute’s CBEM, reports Innovate LI. “In just a few years, we will look back on this agreement as the moment when bioelectronic medicine took off.”

The emerging field of bioelectronic medicine aims to treat conditions traditionally treated with drugs or injections, instead using tiny neuromodulation devices and implants that counter the inflammatory response to control symptoms.

Feinstein's latest advancements in bioelectronic research include the “Neural Tourniquet,” a technology developed by Feinstein's second spin-off Sanguistat, that helps staunch local blood loss through vagus nerve stimulation. It's the result of studies conducted during the past decade by Feinstein researchers demonstrating that electrical stimulation of neural pathways to the spleen can significantly reduce bleeding by as much as 50 percent.

The institute's first spin-off, SetPoint Medical, is developing an implanted device to stimulate the vagus nerve to treat autoimmune and chronic inflammatory diseases, including rheumatoid arthritis (RA) and Crohn’s Disease. The company was co-founded by Dr. Tracey and backed by at least six investors, including Boston Scientific and Action Potential Venture Capital (APVC), a venture capital fund started by GlaxoSmithKline (GSK).

Also a pioneer in bioelectronics/electroceuticals, GSK has formed a joint venture with Verily (formerly Google Life Sciences) to develop and commercialize bioelectronic medicine, with clinical trials slated to begin this year.