Google, Apple, & Other New Medtech Players: If You Can't Beat Them, Join (Or Copy) Them 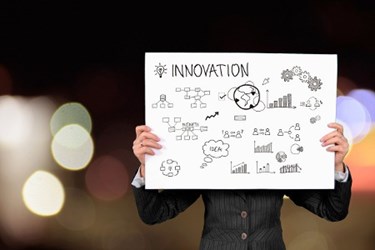 The U.S. healthcare sector is currently engaged in a bizarre game of musical chairs. Traditional participants are snatching up seats they haven’t historically occupied, while still clinging desperately to their own, and new players are constantly jumping into the fray.

In this strange and complicated contest, conventional roles are in a state of flux. We see drugstores offering primary care, health systems becoming payers, insurers investing in health technology, and consumer electronics companies (among others) developing medical devices. Patients hold an increasing amount of sway in the contest, as they assume ever-greater responsibility for the decision-making, costs, and even delivery of their care.

We all know how this game ends. When the music finally stops, there won’t be enough seats to go around. In the new healthcare ecosystem, will medical device incumbents still have “chairs” to sit on? Well, that all depends on whether they make the right strategic choices — and make them quickly — in the most-formative stages of this high-stakes, $2.8-trillion game.

To a large extent, success or failure will hinge on device makers’ approach to innovation, according to Brian Williams, director of global healthcare strategy at PricewaterhouseCoopers (PwC). In this New Health Economy, as PwC has dubbed it, medical device OEMs need to reevaluate the way they define, execute, and measure innovation.

“In the medtech industry, innovation was traditionally what we would call ‘incremental innovation’ — a step-by-step progression of development,” Williams told me. “However, the new entrants to the healthcare sector — retail, software, hardware, telecommunications, and other entities — are forcing medtech companies to adapt new innovation processes  to drive more breakthrough, or radical, innovation.”

To protect (or ideally, increase) their market share in this brave new world of healthcare, medical device companies would be wise to take a few pages out of the new entrant’s playbook when it comes to extreme innovation. Here are three ways they can do so.

Treat The Patient Like A Customer
Patients are playing a progressively larger role in the management of their healthcare. For example, a growing number of Americans are paying more out of pocket for their healthcare, whether through high-deductible health insurance plans (which are on the rise) or to gain access to higher-end care or technology. Either way, the trend compels them to be much more selective about the cost and quality of their care — making them much more like active consumers than passive patients.

“Consumers, and the influence of consumers, are becoming more pronounced in the healthcare process, since they are going to bear more of the economic responsibilities associated with healthcare,” Williams explained. “They are going to be more price sensitive, so medtech companies should be asking themselves: 'How do I start to bring that consumer perspective into my product development activities?’”

The importance of customer input in medtech development was highlighted by several panelists during an AdvaMed 2014 session that Williams moderated last October called Discussing Innovation in Today’s New Health Economy. Panelist James Mazzo, executive chairman and CEO of intraocular lens developer AcuFocus, recounted a conversation he had with Google to illustrate the advantages of taking a customer-oriented approach.

Google, which at the time was looking for a partner to help develop and commercialize its “smart” contact lens for measuring glucose levels in tears (Novartis’ eye care division, Alcon, was ultimately selected), asked how long it had taken to develop a particular AcuFocus technology. When Mazzo told them it had taken six years, they responded, remarkably, that they could do it in only two.

“The reason, I think, [Google could do] it in two was not that they were smarter,” Mazzo explained. Instead, it was because Google “actually involved the consumer and … understood the need of the consumer. They got rid of some of the stuff that we thought the practitioners would love — they averted that and went right to the consumer end of it. So I would tell you that I think people are starting to identify the consumer in the end-all process much earlier now.”

Medical device manufactures would be wise to start thinking like Google and its consumer-focused brethren, adopting more of a retail-like business-to-consumer (B2C) mindset rather than the conventional business-to-business (B2B) one. Listen to the voice of the consumer/patient, figure out what matters most to them, and design products around their specific needs and desires.

Collapse The Innovation Cycle
As evidenced by the Google smart lens example, the entrance of new players into the healthcare space is putting pressure on medical device companies to speed their innovation and product development cycles.

“I think time is our most precious commodity, very closely related to funding, which is critical for everyone, obviously. We want to fail fast as we move through the process,” Tanner Howe, president of startup AgNovos Healthcare, said during the AdvaMed panel. “The most important thing for us is that we move through this at a fast pace, that we quickly identify those things that might be strong contributors to the bottom line ultimately, and that we let everything else fall to the side as fast as we can.”

No longer will medical OEMs, regardless of size, have the luxury of supporting exceedingly lengthy and costly projects (recognizing that regulations and other factors make the medical device product development process uniquely long and expensive to begin with). Rather, they will have to learn how to fail quickly, frequently, and cheaply, as their counterparts in commercial arenas do. Speed to market is too critical in this new healthcare economy to struggle through too many grueling designs — if problems can’t be overcome expeditiously, the product may need to be killed.

PwC’s Williams is optimistic that medtech companies can pick up the pace, particularly by building on the foundation that the new entrants (and others) have already established. “The innovation cycle is potentially shorter [for new medical device technology] because the technology folks have had to go through these battles before,” he explained. “They have a strong consumer relationship already, and if healthcare is going to be more consumer-driven, consumer preference and consumer voice is going to need to be considered more highly, which should, in theory, accelerate that adoption.”

He pointed to the Qualcomm Tricorder XPRIZE competition as an example of how technology development cycles condense with each new iteration. The contest seeks to facilitate the development of a noninvasive, wireless device that can diagnose up to 15 different diseases. An initial field of some 300 teams submitted designs for consideration, and the judges have narrowed that down to 10 finalists.

“Once you develop a single device that can diagnose 15 different diseases, adding on additional diseases is driven on a technology cycle,” Williams said. “We know from other technologies that the processing speed, the functionality, the capability, accelerates in each generation.”

Forge Unconventional Alliances
One great way for medical device companies to speed innovation is to gain insights not only from their customers, but also from other participants in the healthcare continuum. Through partnerships, device makers can leverage the nontraditional players’ unique customer perspectives, their prominent brands, their global reach, and even their digital know-how. Williams refers to such collaborative innovation as “co-creation” and believes it offers medtech companies tremendous opportunity in the New Health Economy.

“How do I collaborate in some fashion with these new entrants, like the retailers, that already have a very strong consumer focus, to infuse that into my thinking in developing a product, bringing it to market, and ensuring that I gain the insights necessary to demonstrate that my device or diagnostic is actually providing measurable, quantifiable outcomes?” This, he says, is precisely the question medical device OEMs should be trying to answer.

Such partnerships can also help fill technical gaps in the medical device OEM’s current capabilities, further hastening innovation. “We don’t have the technology,” Manny Villafaña, founder and CEO of vein graft startup Kips Bay Medical (and also founder of St. Jude Medical, CPI/Guidant, and other prominent medtech companies), told the AdvaMed panel. “I’m sure we could develop it, but it would take forever ... where [companies like Google] have a team who are anxious to develop it and work some sort of [partnership].”

“Collaborations are going to be the way to go,” AcuFocus’ Mazzo added during the panel. “We’re not going to be able to do it independently any more. We’re going to have to have collaborative efforts. I’m not sure if it’s Walmart and in aisle 15 you’ll see a pacemaker, but I do believe that you will see some of the nontraditional people willing to collaborate with us — early.”

An Uncertain Future
While it may be overused, the expression “the only constant is change” couldn’t be more applicable to this new era of healthcare. Ongoing healthcare reforms will likely lead to further consolidation in the provider space. Retailers and other new entrants will continue to be very aggressive in expanding their presence. The care environment will become more distributed. Patients will take further control of decisions related to their health.

Does this state of unrest represent an opportunity or a threat to medical device manufacturers? According to Williams, that depends on how they view and respond to it.

“It's an environment of tremendous opportunity, but it's a different environment of opportunity than what medtech companies have been accustomed to historically,” he said. “This perhaps is fear-inspiring for those who operate under a traditional medtech framework, who view the world through a traditional medtech lens. But it is potentially awe-inspiring for those who are approaching it in a more holistic fashion.”

Editor’s note: PwC has published numerous essays and reports sharing its insights on the New Health Economy, which you can read/download (for free) on the firm’s New Entrants page. A video of the AdvaMed panel session I referenced is embedded below.