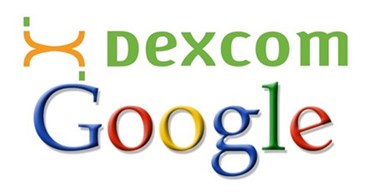 Next-generation designs of Dexcom’s continuous glucose monitoring (CGM) systems will have input from Google thanks to a new partnership, which is seeking to make CGM technology smaller, more cost-effective and, perhaps, disposable. New Dexcom products will make use of Google’s miniaturized electronics and expansive data cloud, intended to reduce the cost of diabetes care and improve patient outcomes.

In a 2014 interview, Dexcom Executive Chairman Terry Gregg — then CEO — told Med Device Online that his company’s primary focus was replacing finger stick methods with more advanced methods of sensing, and he commented that moving too far outside Dexcom’s specialty would dilute its efforts.

“This partnership has the potential to change the face of diabetes technology forever,” said Sayer. “Working together, we believe we can introduce products that will move us beyond our core Type 1 business to become the standard of care for all people living with diabetes.”

First on the partnership’s agenda is shrinking down Dexcom’s line of wearable CGM systems to the size of a bandage that is connected to a data cloud. Each device would be both cost-effective and disposable. Dexcom’s goal is to fulfill its stated mission to replace finger-sticking as the standard of care in diabetes management in all markets.

According to Forbes, this is the second major diabetes project that Google’s Life Sciences division has undertaken. The first was a partnership with Novartis to develop a contact lens that could monitor glucose through a patient’s tears.

“We’re committed to developing new technologies that will help move health care from reactive to proactive,” said Andrew Conrad, head of Google’s Life Sciences team.  “This collaboration is another step towards expanding monitoring options and making it easier for people with diabetes to proactively manage their health.”

Steve Pacelli, Dexcom’s VP, told Forbes that his company had a new CGM model in front of the FDA right now, which would be the fifth generation of Dexcom technology.  A sixth generation is currently in development, he said, adding that Google technology will be incorporated into all core products moving forward.

Dexcom issued no comment on how its partnership with Google might influence its ongoing relationship with Tidepool, a data-sharing non-profit with a suite of diabetes management apps.  Nonetheless, both partnerships reaffirm the med tech company’s commitment to building a future on big data.

“Assisting patients to share their data is the best way to help them manage their disease,” said Dexcom CTO Jorge Valdes in a statement last year.

According to Dexcom’s Pacelli, Google sought out Dexcom for the partnership, citing the latter’s robust data platform as a selling point. “I don’t think anyone could argue who has the best data platform. Diabetes management is largely predicated on having data to make better decisions,” Pacelli said.