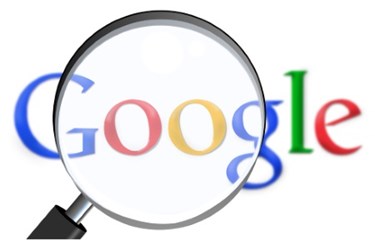 Google led a group of heavyweight investors in pouring $542 million of Series B financing into Magic Leap Inc., a Miami-based startup that is developing a new type of augmented reality device that could have myriad applications.

The other members of the investment group include Qualcomm, Legendary Entertainment, the investment firm Vulcan, the private equity firm KKR, and the venture-capital groups Kleiner Perkins Caufield & Byers, Andreessen Horowitz, and Obvious Ventures, according to the Wall Street Journal. The deal is valued at nearly $2 billion, according to WSJ’s two anonymous sources.

Magic Leap is “developing its own eyeglasses-like device, different from Google Glass, designed to project computer-generated images over a real-life setting,” the WSJ reported. The technology overlays virtual 3D images on what humans see naturally in the real world, akin to other virtual reality devices like the Oculus VR, but with potentially far wider applications.

The startup’s CEO Rony Abovitz, who last year sold the Mako robotics medical device business to Stryker, told the WSJ that Magic Leap’s technology is essentially a new computing interface different from the computers, tablets, and smartphones that we use today. The device could see applications in entertainment, medicine, and connectivity, among others.

Abovitz said in the report that the device “could have far-reaching implications: a new format for movies and video games, a new paradigm for patient and doctor interactions, or as a communications tool made to feel like you’re in the same room with a friend who is thousands of miles away.”

“Magic Leap is going beyond the current perception of mobile computing, augmented reality and virtual reality,” Abovitz said in a statement cited by the New York Times. “We are transcending all three, and will revolutionize the way people communicate, purchase, learn, share and play.”

The boost in investment allows Magic Leap to hasten product development, which could pave the way for a consumer launch “relatively soon,” according to TechCrunch.

Although Magic Leap would be developed separately from Google Glass, Google’s heavy investment could mean that the company will eventually use Magic Leap’s technology to enhance the Google Glass and other products.

“I don’t think Google’s interested in what I call ‘making boxes,’” Tuong Nguyen, a Gartner researcher, told Wired. “This is an investment that’s part of their grander strategy.”

In the same Wired article, Forrester analyst J.P. Gownder said, “Google has the deep pockets and a managerial philosophy to say, ‘We don’t know what we’re going to do with this just yet, but we think it may have a future.’”