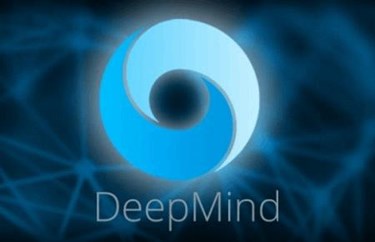 Google’s DeepMind has been given access to over one million anonymized  National Health Service (NHS) eye scans to discover whether or not artificial intelligence (AI) could be used to detect eye conditions. If successful, the technology would give doctors a digital tool to diagnose degenerative eye disease much quicker than is currently possible with a single eye scan.

DeepMind, which was co-founded by chess champion and neuroscientist Demis Hassabis, rose to the forefront of AI development and research with a series of demonstrations that showed the system learning from and adapting to common video games, mastering them after a few hours without human coaching.  When Google (now Alphabet) acquired DeepMind in 2014 for $650 million, experts told The Guardian that the acquisition would prove useful for Google in mining the potential of big data.

DeepMind’s collaboration with London eye hospital Moorfields is the company’s second collaboration with the NHS, and according to DeepMind co-founder Mustafa Suleyman, it is the first project focused solely on medical research. Moorfields will share over one million eye scans and corresponding anonymized patient information related to eye care, according to a press release.

“We set up DeepMind because we wanted to use AI to help solve some of society’s biggest challenges, and diabetic retinopathy is the fastest growing cause of blindness worldwide,” said Suleyman, adding that the condition affects over 350 million people worldwide.

Traditional scanning and diagnostics require multiple scans and a trained professional, but the project hopes to develop a tool that can use a single scan to reach a definitive diagnosis much quicker. Suleyman commented that earlier diagnosis gives patients a better chance of receiving the right treatments and retaining their sight.

Sir Peng Tee Khaw, director of the National Institute for Biomedical Research in Opthalmology at Moorfields, noted, “Our research with DeepMind has the potential to revolutionize the way professionals carry out eye tests. With sight loss predicted to double by 2050, it is vital we explore the use of cutting-edge technology to prevent eye disease.”

Last year, DeepMind was given access to 1.6 million NHS records from U.K. hospitals to develop an early warning system and patient monitoring tool for acute kidney injuries and failure.  Though The Telegraph reported that the move sparked controversy from critics concerned with patient privacy, Google insisted that the information collected would be completely encrypted.

“We have, and will always, hold ourselves to the highest possible standards of patient data protection,” Suleyman told Telegraph. “This data will only ever be used for the purposes of improving healthcare.”

DeepMind is not the only player making waves in healthcare’s big data pool, though. In 2015, IBM acquired medical imaging company Merge Healthcare for $1 billion to further update Watson Health, IBM’s developing AI system.  With technology from Merge, Watson will be able to process large amounts of available healthcare data that is in image form.

IBM recently formed a “medical imaging collaborative” that will seek to use Watson’s cognitive imaging analysis in diagnosing healthcare’s most challenging diseases, including diabetes, heart disease, and cancer.