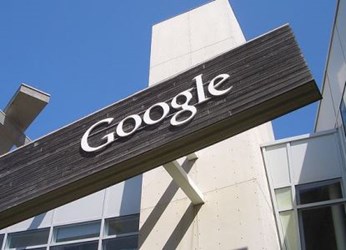 Before forming its umbrella company Alphabet, Google filed a patent for a surgical system that removes living tissue via a laser using high temperature electromagnetic radiation.  Though establishing a patent is only the first step toward the system’s development, the surgical laser could one day be used to fight cancer and indicates an expansion of Google Life Sciences’ (GLS) biomedical interests.

As detailed in the patent abstract filed in 2014, the system consists of three components: an imager, a heating laser, and a controller. The imager locates high-temperature regions of the tissue by detecting infrared light, which it then translates into temperature. The controller uses this data to aim the laser’s beam of electromagnetic radiation. An active tracking system keeps the laser locked on the target tissue regardless of whether or not the tissue moves in relation to the laser.

For years, surgeons have used lasers to perform delicate eye surgeries and skin treatments. Recent advances in laser technology have broadened the list of possible applications for laser surgery. A study published in Nature in June described ultrasound-guided laser ablation of thyroid nodules.  In another study, Swiss scientists developed a method of using ultra-short near-infrared laser pulses to remove plaque from arterial walls.

Historically, cancerous tumors have been removed by a number of different surgical methods, including cutting the tumor away, burning it away, or applying electrical and/or electromagnetic energies. The Google patent notes that high-energy beams — possible with electromagnetic radiation — can be extremely narrow, which makes them ideal for surgical procedures that involve small and precisely targeted tissue.

GLS became a standalone company under Alphabet in August, and the company has since been forming partnerships with medtech leaders, pursuant to a variety of biomedical interests. Chief among its focused priorities has been diabetes management, which includes a partnership with Novartis to develop a glucose-sensing contact lens  and collaboration with Dexcom to develop a smaller continuous glucose monitor (CGM).

Earlier this year, Google teamed with J&J’s Ethicon to collaborate on a new platform for robotic surgery, which would refine computer algorithms to analyze on-screen images. Wired called the proposed platform a “sort of Google Maps for surgery,” but emphasized that Google would not be designing the actual surgical instruments.

GLS’s contributions to med tech partnerships thus far have been primarily software and big data analytics, but the newly patented laser system may be indicative of more diverse ambitions.