Will Google's Ara Modular Smartphone Be A Real-Life Tricorder? 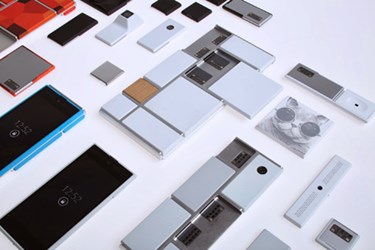 As Google continues to develop its modular smartphone, known at this point as Project Ara, new reports indicate that the device could be used for medical-related analyses, data processing, and recording or sharing information.

Project Ara is Google’s attempt to create a modular smartphone that can be customized to an individual user’s preferences by allowing consumers to purchase and install individual components rather than a stock phone model.

“The device ... aims to reinvent the shape and packaging of smartphones as we know them,” wrote tech columnist Alyssa Bereznak in an article published online by Yahoo Tech. “Rather than force consumers to purchase and discard a gadget after its technology has grown old over a year or two, the phone was invented to be an ever-evolving body of removable modules, which can be continually customized and updated by size and feature.”

Google developers recently revealed a prototype model of a Project Ara smartphone. The device consists of an endoskeleton with a number of slots into which users can connect different components. Those components could include camera lenses, backup batteries, additional memory, Wi-Fi processors, and even medical diagnostic and data processing devices.

“No one, including Google, knows what modules might emerge,” said an article published by Extreme Tech. “A fingerprint scanner, a blood sugar sensor for diabetics, a thermal imaging camera, a microcontroller or FPGA that allows you to directly control your homebrew electronics — really, anything is possible.”

In particular, Google has expressed interest recently in using Project Ara as a way of expanding the possibilities of using smartphones as medical devices. Tech reporter Chirs Davies, in an article published by Slash Gear, reports that Google has recently added Jose Gomez-Marquez, a member of MIT’s D-Lab, as a primary speaker at the upcoming Project Ara developer’s conference.

Gomez-Marquez has already worked on such projects as MEDIKit, a mobile medical device that uses interchangeable diagnostic components to facilitate effective and low-cost medical fieldwork.

“Slot in a few scanning modules, or one which can analyze test samples, and Ara would be transformed into a portable — and affordable — diagnostics lab,” wrote Davies. “Google’s argument for Project Ara is that by divorcing highly specific functionality from the underlying generic requirements of a phone, the cost handicap implicit in creating focused devices could be overcome.”

Researchers and device developers from a variety of fields have been consistently working in recent years to harness the capabilities of smartphones for medical purposes. Earlier this month, researchers in Houston announced a new device that turns smartphones into medical diagnostic devices. Around the same time, a group of scientists at Stanford publicized new lens adapters that could allow smartphones to generate detailed images of the front and back of a person’s eye.

Google’s Project Ara could bring more flexibility, affordability, and effectiveness to the increasingly interconnected world of mobile devices and medicine.