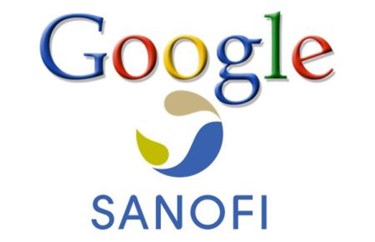 The team at Google Life Science has inked another partnership with a global leader in diabetes management, Sanofi SA. Though financial details of the deal were not disclosed, both companies expressed enthusiasm at combining their respective expertise to develop next-generation diabetes management devices and software.

Google’s Life Science division is still finding its footing as a standalone subsidiary of Google’s newly formed umbrella company, Alphabet. A Google spokesperson told MobiHealthNews that the Life Sciences team was shifting its focus from technology to disease, and diabetes was to be its first order of business.

For the past year, Life Science has been working to develop smaller, internet-connected medical devices that continuously monitor and collect diabetes-related data, and then analyze that data to develop new courses of proactive diabetes management.  In order to achieve its goal, the team has formed several strategic partnerships with some of the biggest names in diabetes care.

Last year, Life Sciences teamed up with Novartis to develop a contact lens that could also monitor glucose and, last month, it signed a deal with Dexcom to co-develop a next-generation continuous glucose monitoring (CGM) system that is the size of a Band-Aid and connected to a data cloud.

Andrew Conrad, CEO of Google Life Sciences, told the Wall Street Journal (WSJ) that diabetes is a complex disease that requires a multi-disciplined approach, merging technology with pharmaceutical expertise. Conrad said Sanofi’s experience making insulin is the next piece in the puzzle Google is assembling toward possible development of an artificial pancreas.

“With Sanofi we can complete the picture of how diabetes unfolds and try to interrupt that development through a proactive and preventative approach,” Conrad told WSJ.

According to WSJ, diabetes management represents 21 percent, or $38 billion, of Sanofi’s annual business, but that share of the market is expected to take a hit as soon as the patent expires on the company’s top-selling Lantus insulin. The new collaboration with Google Life Science provides one way that Sanofi might diversify its business.

Oliver Brandicourt, CEO of Sanofi, said in a press release that his company has an “obligation and commitment to provide integrated solutions for people living with diabetes,” and that he is anxious to see how Google’s technological expertise might work together with Sanofi’s knowledge to transform diabetic management.

In the press release, the companies announced that Joslin Diabetes Center (JDC) also will play a part in the collaboration, but they were not clear about what the center’s role will be. President and CEO of JDC  John Brooks remarked, “We are experiencing a worldwide pandemic of diabetes, and it’s very encouraging to see healthcare and technology innovators step up to the challenge of providing cutting edge tools and care advancing technologies to help people manage their disease 24/7.”

The International Diabetes Federation recently estimated that the number of people living with diabetes will reach 592 million globally by 2035.