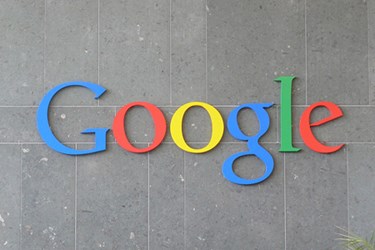 Take a nanoparticle pill, then monitor health data on a wristband detector. This is the vision behind Google’s new system for the preventative diagnosis of cancer, stroke, heart attacks, and other diseases.

Much of current medicine is reactive, treating disease only after it is presented at a hospital or clinic. While this has had its successes, many diseases detected at this stage have already progressed too far. Cancer is one notable example, and researchers in this area are always striving to diagnose as early as possible.

The ideas behind Google’s new monitoring ambitions were sparked by the fortuitous experiences of one team member, according to a report by ABC News. Tom Stanis, a Google engineer, was hit by a car, and only when he was being examined did medical professionals find that he had a tumor on his kidney. Discovery of the disease wouldn’t have happened without his being injured, which prompted the team to start thinking about better ways for early detection.

"What we are trying to do is change medicine from reactive and transactional to proactive and preventative," said Dr. Andrew Conrad, molecular biologist and lead researcher on the project, in a recent BBC article.

Tentative design ideas are centered on cancer biomarkers, low-concentration molecules found in the blood that a nanoparticle can interact with. Wearing a wristband would allow the nanoparticles to be magnetically evaluated for results at an area where blood flows close to the skin.

“At this point, Google believes the cancer-detecting nanoparticles can be coated with antibodies that bind with specific proteins or cells associated with various maladies. The particles would remain in the blood and report back continuously on what they find over time,” Conrad said, according to ABC. "We want to make it simple and automatic and not invasive."

Experts in the field of cancer treatment and diagnosis are excited about the direction of Google’s project.

"There is an urgent need for this. If we can detect cancer or other diseases earlier, then we can intervene with either lifestyle changes or treatment,” said professor Paul Workman, chief executive of the Institute of Cancer Research in London, in the BBC article.

Early detection of disease through biomarkers is an area of medical device research that continues to intensify. Designs using microfluidics have shown much promise, while options using graphene are being researched as well.