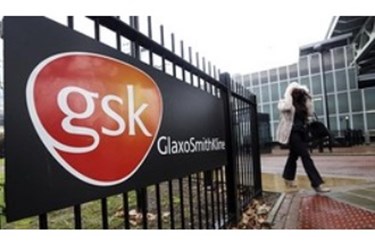 British pharmaceutical company GlaxoSmithKline (GSK) is planning initial human trials for bioelectronic implants next year to advance a nascent field of research it helped pioneer, with hopes of making it a viable business alongside its struggling traditional drug offerings.

GSK researchers have been looking into bioelectronics (also known as electroceuticals) since 2011. In 2013, the company funded an initial group of 40 scientists under a dedicated bioelectronics R&D program, and announced a $1M Innovation Prize for anyone who could create miniaturized, fully implantable devices that can read, write, and block the body’s electrical signals to treat disease. GSK has also put up the $50-million Action Potential Venture Capital fund to support more than 50 labs and startups that research and develop bioelectronic devices.

While GSK is the only big pharmaceutical company working on bioelectronics, the company hopes that these will eventually become a profitable new class of medicines apart from its traditional drugs, many of which are facing increased competition from generic manufacturers as patent protection expires. In particular, GSK's blockbuster asthma drug Advair has suffered a decline in sales since GSK lost patent protection in 2010.

The company currently is testing early prototypes of pill-sized bioelectronic implants in rats, but is already planning to initiate human trials for three major chronic diseases next year using third-party devices, reports Bloomberg. The company is said to preparing its own implant for market launch sometime in 2019.

Bloomberg said GSK won't specify the diseases selected for trials, but mentions that arthritis and diabetes could be included. GSK Vaccines Chairman Moncef Slaoui told IEEE Spectrum recently that at least one autoimmune disorder and one metabolic disease would be included for clinical studies.

Early this year, GSK announced a partnership with Belgian startup Nuviant Medical to research bioelectronic medicine. There was also a reported deal in the works with Qualcomm to develop new medical technology, which could involve bioelectronics.

Per Bloomberg, GSK researchers working at an R&D center north of London are developing implants the size of a grain of rice that attaches to nerve bundles in the peripheral nervous system.

“You piggyback on the circuits that are there,” said Kris Famm, who leads the bioelectronics R&D unit, according to the news outlet. “These cables go to and from all our organs. They’re there to control our physiology.”

The implant blocks or alters the impulses that pass through individual nerve fibers to control symptoms of disease, such as asthma or even cancer. Famm told Bloomberg that, theoretically, different implants could be "repurposed for many different diseases with only slight tweaks to their firing patterns."

Famm and other researchers know it won't be easy, though. Electrical pulses’ precise wavelength and frequency matter immensely, and they may need to be tweaked moment by moment to achieve the desired effect in the target organ. Incorrect controls could also lead to adverse effects, although researchers claim the implants pose less risk compared to drugs' systemic effects.

According to the report, additional challenges facing bioelectronics researchers include: the need for small power sources that can last decades; computers within the implants capable of reading and analyzing biological signals and adjusting output; and materials that won’t degrade over time or harm fragile nerves.