Helping Burn Victims Feel Comfortable In Their Own Skin 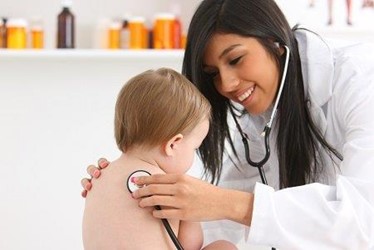 Each year in the United States, 1.1 million burn injuries require medical attention, according to the CDC and the American Burn Association. Approximately 50,000 of these burns require hospitalization, and 20,000 victims have major burns involving at least 25 percent of their total body surface. The American Burn Association also reports that approximately 486,000 fire or burn injuries were seen at emergency departments between 2011 and 2015.

Timely treatment is vital, as skin’s many important functions include protecting the body from environmental factors such as bacteria, fungus, viruses, allergens, water, and chemicals. Additionally, skin helps regulate body temperature by sweating and adjusting blood flow to the skin, as well as helping the body sense touch, pain, temperature, pressure, and position.

Treatment for severe burns may include early cleaning and debriding (removing dead skin and tissue from the burned area), intravenous (IV) fluids containing electrolytes, intravenous (IV) or oral antibiotics, antibiotic ointments or creams, a warm humid environment, nutritional supplements, a high-protein diet, pain medications, and skin grafting (may be required to achieve closure of the wounded area) with the current standard of care being a split-thickness skin graft. A skin graft is a piece of unburned skin surgically removed from a donor site on the patient’s body, in an operating room, and used to cover a burned area of the body.

A skin graft can be life-saving, but is not without its own shortcomings. Skin grafts for significant burns require large donor areas. There is significant pain during and after the skin grafting procedure. Extended hospitalization (and its associated costs) often is required due to the need for multiple complex, costly surgical procedures. And, with all of this work on the skin (the body’s largest organ), there always is a risk of infection.

What if there was a better way to help burn patients? I initially became aware of Avita Medical in 2015, when I worked for a consulting firm that provided some regulatory advice on Avita’s ReCell skin regeneration platform. ReCell is an autologous cell harvesting device that uses proprietary enzyme and buffer formulations to generate a “spray-on skin” replacement within 30 minutes. The device is a single-use, sterile, and self-contained means to deliver skin regeneration to patients at the point-of-care. ReCell covers a treatment area 80 times larger than the donor area, significantly reducing the donor tissue that must be harvested from the patient.

“I joined the board in 2013 as a non-executive director, because I thought this technology was amazing, was producing amazing results — albeit in case studies — and was hugely under-valued. However, at the time of my joining, the company was not doing extraordinarily well on sales.” Perry said. “In my opinion, it was because the prior approvals in Australia, the CE Mark in the EU, and approval in China were only based on case studies. To get very deep penetration and good adoption, we would need hard clinical data, not just compassionate use stories.”

“Now, for the first time in company history we’ve got randomized, controlled clinical trials that were designed with the FDA, completed, and now filed in a PMA. The first trial was 101 patients, across 12 sites in the U.S., comparing ReCell to the current standard of care – a split-thickness skin graft,” Perry continued. “This study produced robust data both on the clinical side and on the health economics side.”

He and I also talked about Avita’s commercialization strategy for the U.S., with FDA pre-market approval likely close at hand.

“The reason we decided to go with a direct sales force rather than a distributor model is because we have a very concentrated call-point. In the United States, there are only 127 burn centers, and within those burn centers are approximately 300 burn surgeons that treat these patients,” Perry said. “About 95 percent of burn patients require some skin grafting, meaning they have at least 10 percent of their body surface area burned.”

“The focused manner of care for this clinical need creates a very tractable market for a direct sales force to address. In addition, when you look at the pivotal trials we conducted and the compassionate use and continued access, ReCell is already being used in 16 percent of those 127 burn centers while the PMA is under review,” he continued. “And, because those are the larger burn centers, this represents over [one-fifth] of the patients that are treated for burns on an annual basis.”

Having built these relationships with burn surgeons through the clinical studies represents a great head start for ReCell and Avita Medical. The company has been focused on clinical data for the application of ReCell to burn injuries, but Perry sees this as only the beginning. Some pilot studies have been conducted for chronic wounds (including venous leg ulcers and diabetic foot ulcers), along with pigmentation disorders (including vitiligo, hyper- and hypo-pigmentation).

In addition, the quality of skin regeneration seen in the clinical studies will also lead to aesthetic application for reconstructive surgery and facial rejuvenation. Look for approval of Avita Medical’s PMA in the near future to improve the lives and outcomes for burn victims, and keep an eye on the company as they expand their product line to help many people feel even more comfortable in their own skin.