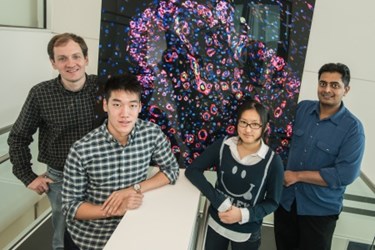 Using a new high-tech hydrogel, Rice University researchers have developed a way to improve wound healing. The new hydrogel can be injected into a wound where it assists in healing and enhances vascular growth. The material slowly degrades and is eventually replaced by natural tissue.

Designing hydrogels for implantable applications has been going on for some time. Historically, however, these efforts have been thwarted by unwanted immune responses before the material had achieved its desired function. In other cases, hydrogels have released synthetic byproducts as they degraded. They have also experienced collagen encapsulation where they were closed off from the rest of the body. Given these drawbacks, the positive aspects that hydrogel materials possess haven’t been able to reach their full potential.

Work from Rice University researchers, however, may have overcome many of these problems, according to a recent press release from Rice University. The new hydrogel is injected in a liquid form at the site of the injury and then changes into a nanofiber-infused gel. While this delivery approach has been tried before, the new material incorporates a signal protein that mimics vascular endothelial growth factor, which induces the growth of blood vessel networks (angiogenesis).

Inducing angiogenesis is particularly important when scaffolds are greater than 200 to 500 microns in size, according to a recent study published by the team in ACS Nano. When large implants are placed in the body, the angiogenic response is critical to allow the exchange of nutrients and waste. Cells that infiltrated the new material formed relatively mature vessels that included smooth muscle cell layers around the endothelium. Presence of smooth muscle indicates a more mature tissue and one that is likely to persist over time. The scaffolds were observed to resorb after about 3 weeks in the body, and no signs of encapsulation were seen.

By conquering many of the limitations seen in previous hydrogels, the new material may have promise in a number of applications. The ability to induce robust angiogenesis could be useful in regenerating tissues damaged by heart attack and strokes, according to the press release.

Efforts to develop novel hydrogel materials have been developing on many fronts. The versatile polymer has seen use as a bone replacement material, and also as part of treatment to prevent graft rejection.